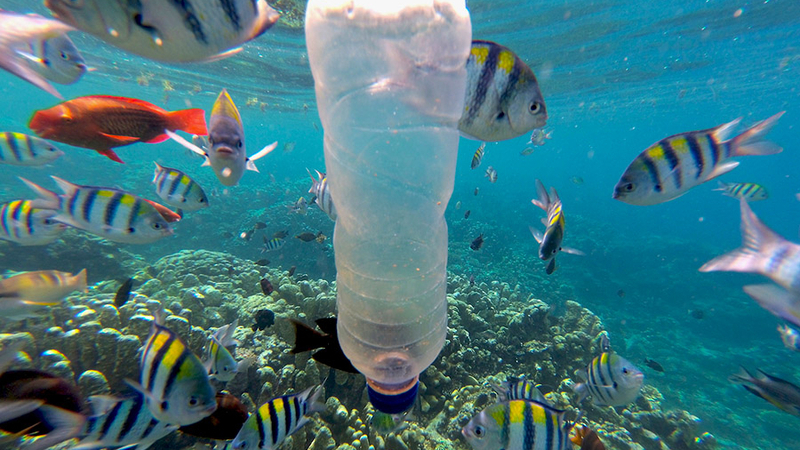 Starting from 1 March 2019, plastic bags at Indonesian shops will no longer be free as the Indonesian Retail Traders Association implements their ‘no free plastic bag’ policy.

Indonesia’s plastic consumption is among the highest in the world, and as an archipelago, Indonesia’s oceans have taken the hardest hit from this mass plastic waste.

Maritime Affairs and Fisheries Minister Susi Pudjiastuti maintains that Indonesia’s future is dependent on the health of its oceans, saying that “the ocean must be preserved from generation to generation. It is in fact not owned by us, but it is a legacy from our ancestors”.

In October 2018, Bali hosted the international ‘Our Oceans Conference’, which aimed to preserve the health of the oceans now and into the future. According to Muhsin Syihab, the Foreign Ministry’s Director of Development, Economy and Environment, the conference “showed Indonesia’s leadership in marine issues”, and its dedication to marine health.

The move to reduce the amount of plastic in circulation is part of this wider commitment Indonesia has made towards sustainability. To date, there have been many community efforts aimed at cleaning up rivers, beaches and other waterways, but lowering the amount of plastic bags in use is a crucial step towards reducing Indonesia’s environmental impact for good. The Indonesian government has pledged to reduce plastic waste by 30 percent by 2025, and this new policy is part of making that pledge a reality.

Susi Pudjiastuti encouraged Ridwan Kamil, Governor of West Java, to ensure the policy would be implemented effectively across the province, saying that reducing the use of plastic is key to cleaning up Indonesia’s oceans. In Ambon, Maluku, a women’s group has taken it upon themselves to distribute reusable bags ahead of 1 March 2019, so that consumers could be prepared for the shift.

Widespread support will be needed to avoid following in the footsteps of Jakarta’s failed plastic bag excise policies of 2016 and 2018.

While Indonesia’s focus on ocean health is not new, this new policy marks progress for the better. Chairman of the Indonesian Retail Entrepreneurs Association (Aprindo) Roy Nicolas Mandey said the new policy would also be a contribution to the state in the form of value added tax.

While action at the government level is critical, Pudjiastuti was also quick to highlight efforts taken in the private and non-profit sector. She pointed to movements such as ‘Bye Bye Plastic Bags (BBPB)’ as started by Melati Wijsen, Hamish Daud’s ‘Indonesian Ocean Pride’ and Swietenia Puspa Lestari’s ‘Divers Clean Action’ as inspiring examples of individual action. Pudjiastuti said, “I am sure that in the next 10 years Indonesia will advance”, emphasising that innovation will pave the way forward.

Bali-based company Avani Eco is one of the key players at the forefront of Indonesia’s war on plastic. Chief Green Officer, Kevin Kumala, has been experimenting with alternatives to plastic for the past 10 years, and has managed to develop biodegradable plastic that has minimal effect on the environment. Founded on the concept of starch-based plastics, Kumala developed a type of plastic made from cassava, which breaks down in 90 days. “This Avani product is very friendly for land and sea. The technology may not be new, but… our products have passed the toxicity test [and are] safe to be consumed by marine animals,” he explained.

Indonesia Evoware is another startup aimed at developing alternatives to plastic. Indonesia is one the world’s largest seaweed producers, and Indonesia Evoware has taken advantage of this to create cups and food containers made from seaweed.

Indonesia may be one of the largest producers of plastic waste, but Secretary of the Marine and Fisheries Research and Human Resources Agency (BRSDM KKP) Maman Hermawan highlights that this is a global issue. “Everything in the sea is interconnected, without any limitations. Likewise with plastic waste”, he said, calling on neighbouring countries such as Singapore, Australia, Malaysia and the Philippines to also do their part.