New capital to be ready by 2024: Planning Minister Brodjonegoro 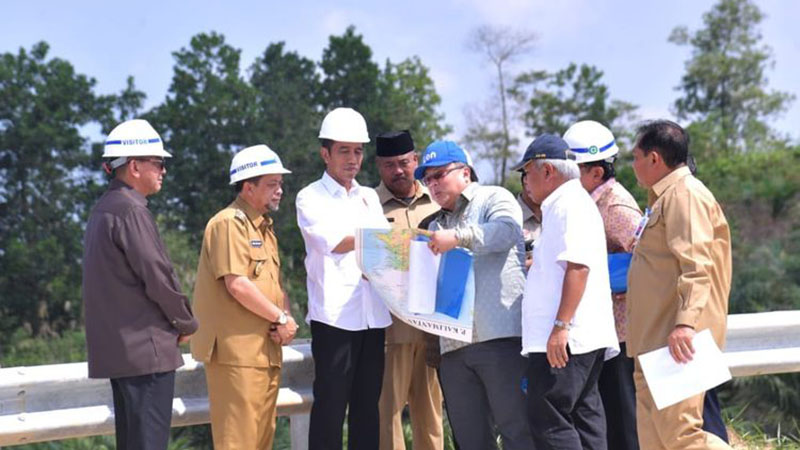 Minister of National Development Planning (Bappenas), Bambang Brodjonegoro, estimates that Indonesia’s new capital will be ready for use by 2024, according to CNN Indonesia.

Jokowi’s announcement of plans to relocate Indonesia’s capital away from a Jakarta came shortly after the elections in April. Jakarta suffers from severe congestion, which Bambang says results in losses of up to Rp100 trillion (AUD$10 billion) annually.

The Indonesian government has been carrying out a study on relocating the capital, and has announced that the study is 90% completed. The results of this study will be submitted to Jokowi for review, with the announcement of the new capital’s location expected at the end of 2019.

Following a meeting with the House of Representatives’ Finance Commission, Bambang explained that the study focused on “the location and planning of its size, [as well as] the business model that will be developed for the new capital city.” The new capital city will most likely be located in Kalimantan: the three candidates chosen for the study are Bukit Soeharto, Bukit Nyuling, and Palangkaraya.

The budget plan for the move designates that 2020 will be spent on planning and design, with construction to begin in 2021. Bappenas has calculated that the total budget needed for the ambitious project amounts to Rp446 trillion (AUD$45.4 billion). Bambang stressed that Bappenas has prepared several financing schemes, so as to not rely too heavily on state revenue. However, Chair of the Planning Experts Association (IAP), Bernadus Djonoputro, has raised concerns around competing priorities for investment within the private sector.

While Jokowi aims to shift the government centre to Kalimantan, Jakarta will remain as an economic and business centre.

Jakarta is home to more than 10 million people, but three times that number live in the surrounding towns – adding to the area’s already severe congestion. The capital is also prone to flooding, which Jakarta Governor Anies Baswedan says is exacerbated by upstream areas such as Bogor and Depok which are prone to high intensity rain.

And despite plans to relocate the capital city, Jakarta and nearby areas such as Bogor and Bandung will continue to flood.

Better collaboration between governments, industry, academia and communities is needed to build urban water solutions, and as Dr Dwinanti Rika Marthanty of Universitas Indonesia says, “We should change our paradigm to think from a different point of view.”