Home » Skills Futures » Why Indonesia is rising in SDG-focused universit…

Why Indonesia is rising in SDG-focused university ranking 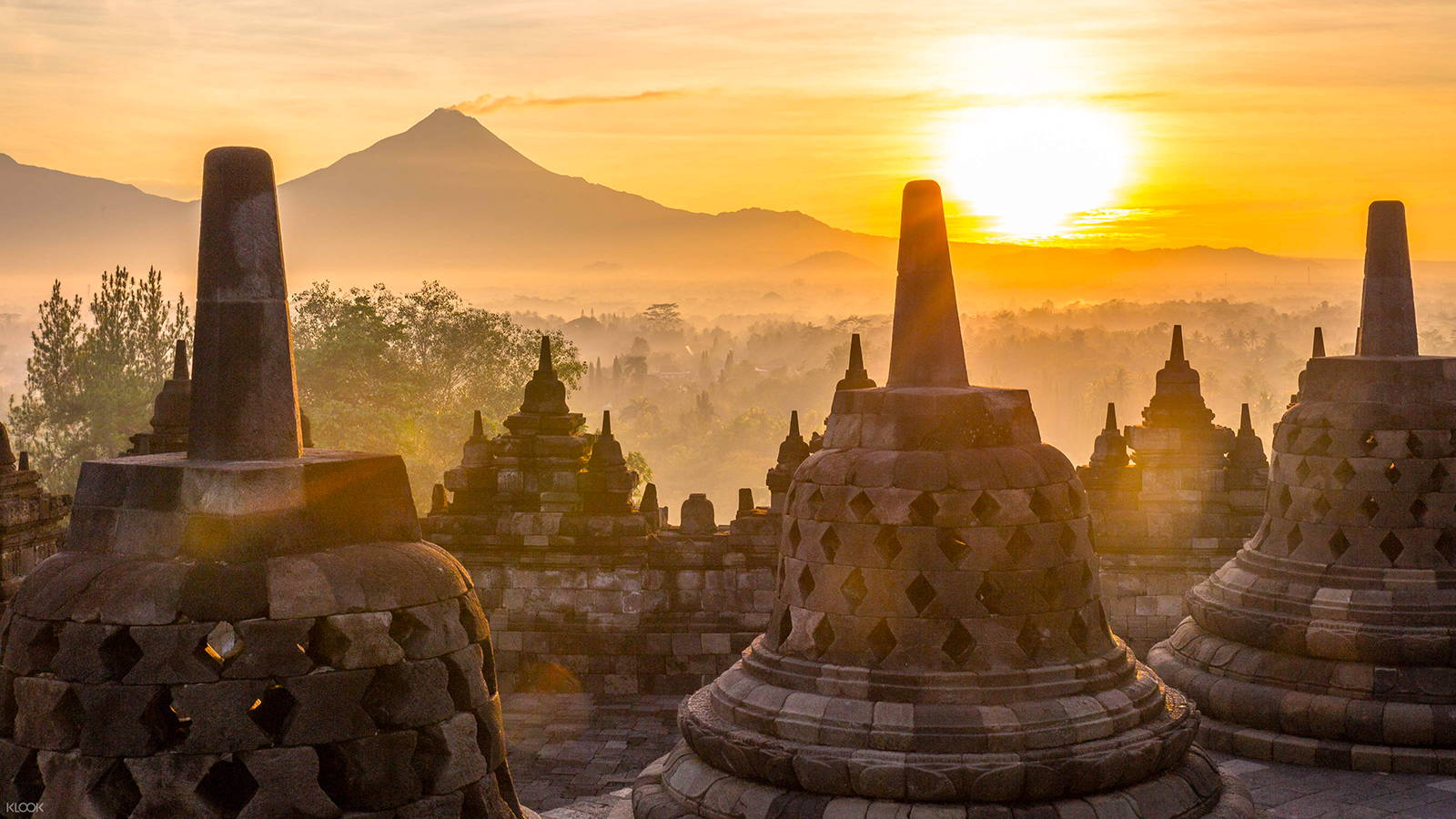 South-east Asia expert James Chin says rankings have “taken hold” in the region as higher education institutions have sought new ways of branding themselves and have realised that generic league tables are not the only option.

“In the old days, [universities] wanted to be in the top 100,” says Chin, director of the Asia Institute Tasmania at the University of Tasmania. “Now they drill down. They go for [performance in particular] subjects.”

This trend is reflected in Indonesia’s performance in the THE Impact Rankings, which assess social and economic influence. Launched in 2019, the rankings appraise universities’ success in aligning their efforts with the 17 United Nations Sustainable Development Goals (SDGs).

The Jakarta-based University of Indonesia (UI) follows up its joint 80th position in the overall ranking in 2019 with an equal 47th placing this year. It is joined in the top 100 by Yogyakarta’s Universitas Gadjah Mada (72nd) and Bogor-based IPB University (equal 77th). The University of Indonesia is judged ninth best university in the world in its efforts to realise the framework’s first goal, “no poverty”. It ranks 19th on the sixth goal of “clean water and sanitation” and 11th on SDG 17, “partnerships for the goals”.

Meanwhile, IPB claims 11th place against SDG 2, “zero hunger”, with Gadjah Mada following at 16th and Padjadjaran at joint 32nd. The University of Brawijaya, based in the Javanese hill city of Malang, places
34th on this measure.

Claiming three top 100 spots in any global ranking – and a handful of top 40 entries in key areas – is unheard of for Indonesia. In THE’s research focused World University Rankings 2020, by comparison, the University of Indonesia ranks between 601st and 800th, and no other Indonesian university makes the top 1,000.

“These are astoundingly good results for Indonesia,” says Andrew MacIntyre, senior pro vice-chancellor for South-east Asia partnerships at Monash University. “They reflect the effort its leading universities have been making in the broad field of sustainable development – particularly in areas such as food, water, sanitation, disease control and social governance.”

Australia-Indonesia Centre executive director Eugene Sebastian says he is not surprised that Indonesian universities are doing well in the Impact Rankings.

“I see them being highly competitive in areas aligned with the SDGs, especially in areas such as poverty and water,” he explains. “It is a significant part of their work and supported by national and multilateral funding.”

Sebastian says such topics are central to a growing number of Indonesian universities’ international partnerships, with the University of Indonesia, Gadjah Mada and IPB particularly “active” in this regard.

The “best Indonesian universities are partnering with the best universities abroad to research and publish in this area”, he says. “They see the importance of international networks to help tackle SDGs, which also invariably contributes to rankings and reputational lift.”

He cites the MIT-Indonesia Research Alliance as one example. Ten Indonesian universities – including the University of Indonesia, Gadjah Mada and IPB – are collaborating with the Massachusetts Institute of Technology in areas ranging from energy, sustainable transport and nanotechnology to food safety, environmental sensing and climate change.

Supported by Wellcome and the Bill & Melinda Gates Foundation, the team has released Wolbachia-carrying mosquitoes around Yogyakarta in a study described as the first of its kind globally.

Meanwhile, Sebastian’s own Australia-Indonesia Centre is a consortium of 11 universities tackling issues such as connectivity, water, energy, food and health. It brings together four Australian research-intensive institutions – the universities of Melbourne, Monash, Queensland and Western Australia – with seven in Indonesia. They include the University of Indonesia, Gadjah Mada, IPB, Bandung Institute of Technology, Hasanuddin University in the South Sulawesi capital of Makassar, and Airlangga University and ITS in Java’s second city of Surabaya.

Airlangga, which boasts Indonesia’s second oldest medical faculty, ranks in the 301-400 band in the overall Impact Rankings and joint 93rd for SDG 3 (“good health and well-being”). Badri Munir Sukoco, head of the university’s planning and development board, says Airlangga is the country’s second biggest producer of health-related research.

Airlangga’s research facilities include the Institute of Tropical Disease, which emerged from research partnerships with Japanese universities and attracted funding from the Japan International Cooperation Agency in the 1990s.

“This institute has collaborated with many leading universities across the globe,” he says. Japan is the only Asian country to match Indonesia’s efforts in the Impact Rankings; it also claims three top 100 positions in the overall table. Japan has another five representatives in the 101-200 band, compared with just one from Indonesia, but Japan has seven times as many ranked universities.

Some Japanese universities – notably the University of Tokyo – have adopted the SDGs as institutional raisons d’être.

Melbourne-based strategist and statistician Angel Calderon says that in Indonesia, like Japan, there is a desire to accentuate universities’ social roles. By succeeding in a ranking linked to the SDGs, universities are addressing “the erosion of trust” afflicting modern society, he says.

“Universities are often seen not necessarily as a model, but as a guidance as to what might be happening in society in shaping people’s behaviour,” says Calderon, principal planning and research adviser at
RMIT University. “It’s fundamental for universities to show leadership and take action on this sort of stuff.

Universities are playing to the partialities of their own people when they participate in the Impact Rankings, Calderon adds. “Talking about addressing the SDGs gets people’s attention. It gets people excited and motivated, saying, ‘My university’s trying to solve some of the challenges and issues in society.’ You don’t get that reaction when you talk about the overall rankings or even the subject rankings.”

However, Calderon stresses that universities cannot achieve such approval overnight. “It takes a while between investing and translating actions into outcomes,” he says. “Rankings reflect, in many ways, things that have happened in the past.”

This suggests that more rankings success may await Indonesia, Calderon says, pointing to developments in his native Latin America. “This is what we have seen with [the University of] Buenos Aires, with the
National Autonomous University of Mexico. They have built up visibility over the years,” he says.

“We have seen that trajectory where the institutions are well resourced and proactive and able to build up over time to become internationally competitive and visible. We see similar things with Chile and, to some extent, with some of the Brazilian universities.”

Sebastian says Indonesian universities – particularly public, research focused institutions – are also investing more time and resources in data capture and reporting. He adds that Indonesia’s Research and
Technology Ministry and its Education Ministry have their own measuring regime and are “pushing their top universities to compete with the best in the world by benchmarking [them against] the best”.

Sources say they do not believe that Indonesian universities are artificially inflating their rankings through “consequential manipulation” of the data they provide. The difficulty and expense of such an undertaking is insuperable in a country such as Indonesia.

But Chin says much of the progress could be attributed to the recently appointed education and culture minister, Nadiem Makarim, founder of iconic ride-sharing company Gojek. While Makarim has been in office for less than a year, his presence would already have had an impact on university administrators anxious to please him.

“He’s very keen on globalisation,” Chin says. “As a businessman, branding is very important. This sort of branding will appeal to him.”

The article was originally published by Times Higher Education and has been republished here with permission.