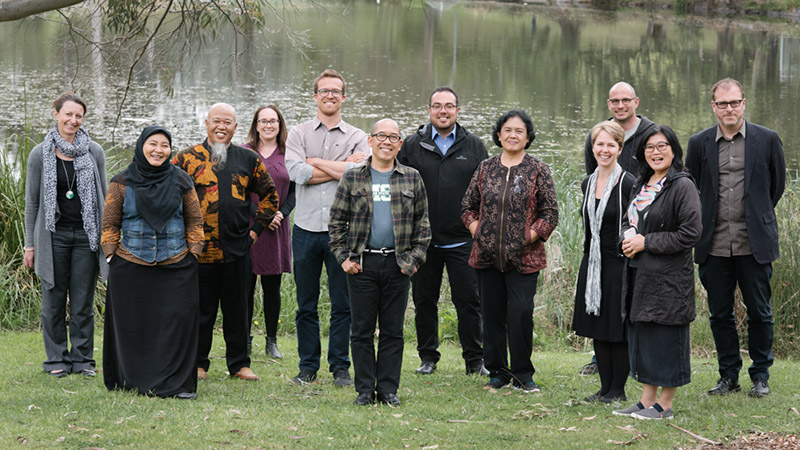 The following is a briefing submitted by the AIC to Australian parliamentary hearings on IA-CEPA in Canberra, on 27 August 2019.

A couple of years ago the Australian Government revised visa arrangements for visiting Indonesians by allowing easy access to 3-year multi-entry permits valid for 90 days per visit.

Indonesia also included Australia as part of its visa free entry program, although still on the basis of single entry for 30-day validity.

The new visa arrangements for visiting Indonesian academics have been very beneficial for boosting research collaboration in Australia. Unfortunately, the more restrictive arrangements for Australian researchers visiting Indonesia, especially in light of the new Law on the National System for Science and Technology, is creating considerable angst and concern within Australian universities, and indeed in universities of other nations, about their capacity to engage in collaborative research with Indonesian counterparts in Indonesia.

Unfortunately it is actually raising the risk profile of engaging with Indonesia at precisely the historic moment when Indonesia has begun to reach out to other countries, including Australia, to boost its science and technology capacity.

Considering the excellent progress being offering through IA-CEPA, where young Indonesians can spend up to two years in Australia on work-holiday visas, it might be opportune to seek some reciprocity from Indonesia in terms of relaxing or simplifying the arrangements for securing reasonable visas for Australia-based researchers to engage in research collaboration in Indonesia with their Indonesia-based partners.

In particular, we would refer to Articles 93 to 96 of the new law that outline the quite severe criminal penalties, covering both fines and incarceration, for breaches of visa laws by researchers.

We, the Australia-Indonesia Centre, have been very pleased with our progress in strengthening and broadening the networks of research partnerships we have in Indonesia over the past four years. The implementation of Indonesia’s new arrangements, however, will add to the risk factor of engaging with research partners in Indonesia, ultimately limiting the potential benefits to Indonesian partners as well.

In noting this, we also recognise fully that Indonesian authorities have the sovereign right to admit or reject any person. We also respect the right of Indonesia to protect its intellectual and genetic property.

However, we also believe that relaxing, or at a minimum streamlining, the arrangements for securing research visas for researchers from Australian research centres to work with their partners in Indonesia would enable Indonesian research centres to secure greater value from international research collaboration. At the same time it would not subvert Indonesia’s sovereign control over its legitimate immigration control imperatives.