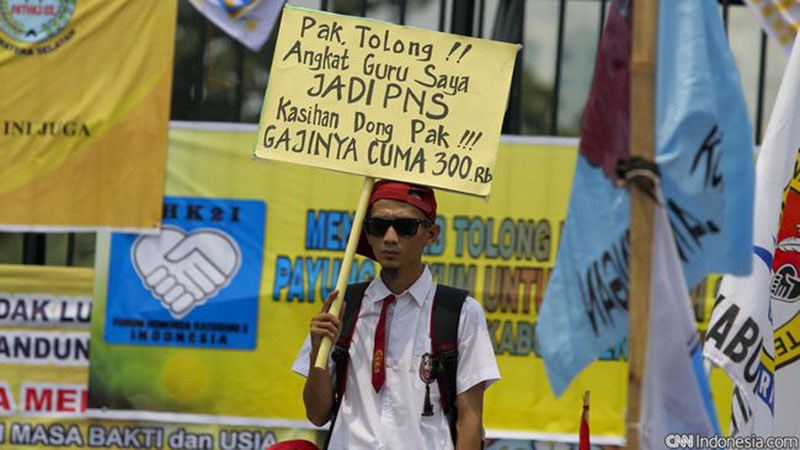 The second of May marks National Education Day in Indonesia.

The Ministry of Education and Culture and the Ministry of Higher Education, Research and Technology both shared the same message: that university research must be innovative to face the digital era and provide real solutions to social problems in Indonesia. While hundreds of educators were rewarded for years of service, the low wage of temporary teachers once again came under the spotlight.

Okezone – The Ministry of Research, Technology and Higher Education calls for university research to be more innovative