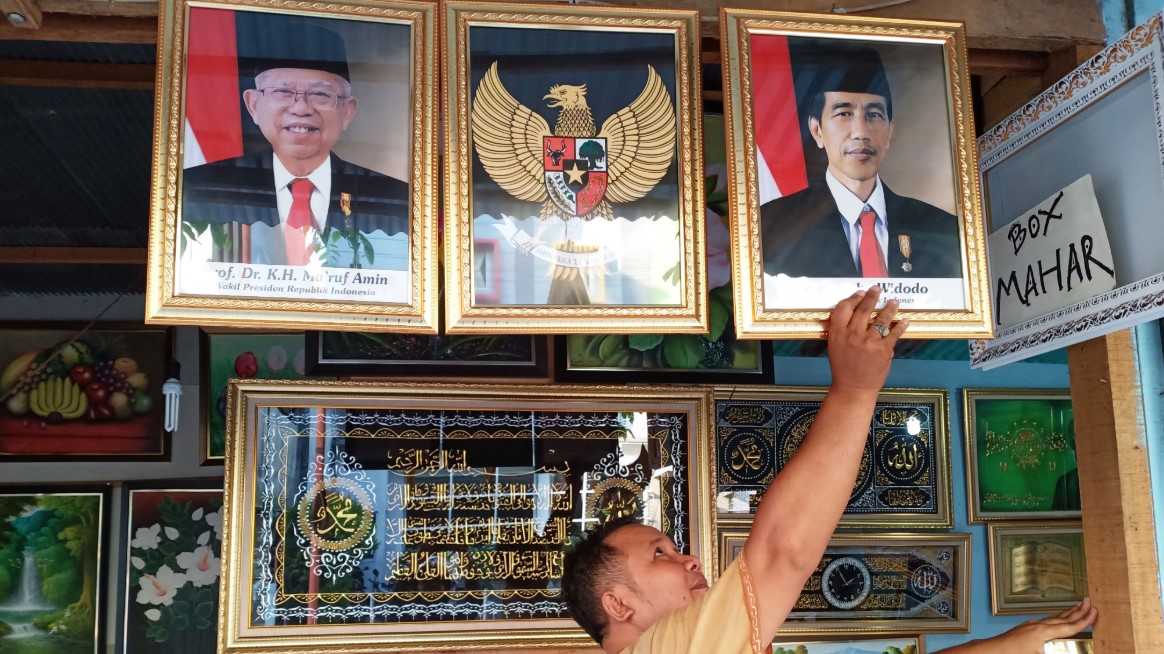 After the presidential inauguration, parties are now deciding on which coalition to join and, intertwined with those movements, Jokowi is deciding the make-up of his cabinet. Kevin Evans outlines below the key take-aways from Jokowi’s inaugural address and explains unique aspects of the formation of government in Indonesia.

President Jokowi was inaugurated for his second and last term on Sunday 20 October in the National Assembly, together with his new vice-president, Ma’ruf Amin. The ceremony was witnessed by many regional leaders including Australia’s prime minister Scott Morrison.

In his inaugural address President Jokowi underscored Indonesia’s aspiration to become an advanced country by 2045. He cautioned, however, that this would not happen automatically and would only be achieved by working hard and fast. But doing so successfully, he noted, would see the national economy grow from its current size of AUD 1.4 trillion up to AUD 10.1 trillion dollars over the coming 25-year period, and this would see annual per capita incomes rise to Rp.320 million per year (about AUD 33 million).

For advancing the national agenda, he outlined five priorities:

In outlining the imperative for better service delivery the President used an interesting analogy of Whatsapp messaging, where a posted message is first registered as sent and then as delivered. He explained that officials needed to ensure that programs were not merely ‘sent’ but also that they were ‘delivered’ effectively (that they reached their target).

All of these themes reflect Jokowi’s demonstrated strengths and well publicised interests.

Absent completely from his address was any reference to democracy, social cohesion, citizens’ rights, security, integrity or anti-corruption. Each of these constitute areas where the President has demonstrated a great deal of pensiveness and caution during his first five years in office. Since the emergence of Islamic chauvinists at the fore of politics in late 2016, the government, and indeed wider political elites of the nation, have been struggling with how to deal with this challenge to Indonesia’s fundamental national principle of equality of citizenship.

The first initiatives by the outgoing government focused on re-energising the promotion of Pancasila as the counterbalance to the rise of Islamist solidarity and chauvinism, using legislation to ban the pan-national Islamist group HTI (Hizbut Tahrir Indonesia) and using law enforcement against Islamist agitators. In many respects the national political elites were caught off guard by the huge demonstrations against the Christian Sino-Indonesian then-governor of Jakarta, Ahok, and have been struggling to develop a strategy to combat the ideological and political appeal of this modern Islamic identitarianism – in both its vigilante street form and its aspirational self-secluding middle-class form.

More recently the political elites have been coalescing akin to ‘raising the drawbridge’ with proposals such as the National Assembly’s call to have future presidents appointed by the parliament rather than by voters. Civil society activists are suggesting this is an attempt by the old elites to exclude the middle class from the political process and, at a minimum, to constrain President Jokowi, who is the first president in Indonesian history to come from a distinctly middle-class background. It is often noted that he does not come from one of the traditional centres of power – the military, property tycoons, the civil service, or nationalist or religious blue bloods.

It is clear that the presidency will not be able to focus solely on the micro-economic reform and human development issues outlined by the President’s five priorities.

The new House of Representatives

The breakdown of support within the House of Representatives by party in 2019 and 2014 is officially as follows:

In terms of the floor of the House of Representatives, the Jokowi coalition had only 207 seats at the start of his first term in 2014, while the Prabowo coalition had 353 seats. At the start of Jokowi’s second term, now, his coalition’s position has strengthened greatly to 349 seats to Prabowo’s 226. This gives him almost 61 per cent of seats.

One dynamic to emerge in recent weeks has been to see several parties previously supporting the Prabowo coalition now turning around to support the President – with the expectation of securing representation in Cabinet.

The most stunning example of this is the twice-defeated presidential candidate himself, Prabowo Subianto, who has agreed to work for Jokowi as a minister with responsibility for defence issues.

The Demokrat Party of former president Yudhoyono has also been active in seeking to be part of the governing coalition. The prime obstacle to that happening will be former president Megawati who has never forgiven him for running against her, and more importantly defeating her, in the 2004 and 2009 presidential elections. The National Mandate Party of former National Assembly speaker Amien Rais, meanwhile, has been divided on the issue of joining the coalition, with moderates in the party supporting the idea while hardliners, led by Amien Rais, seek to remain unattached.

The only party that has declared it will not join the proposed overweight post-inauguration coalition is the Islamist PKS. It is clear they see value in remaining separate from the coalition, to differentiate themselves and potentially gather new voters in those Prabowo supporters who will be disappointed that he has joined Jokowi’s, and worse still, a PDIP-led, coalition.

Successive presidents in Indonesia believing they need a huge support base in parliament reflects the traditional constitutional systems of the country that were profoundly parliamentary in nature. Constitutional reforms in 2002 saw the old unorthodox parliamentary system used since 1959 replaced with the current presidential system.

In practice, overweight coalitions bring their own problems. In essence with so many parties having to share seats in the cabinet, the commitment by any of them to the cabinet is limited. Meanwhile the threat which an effective opposition can pose to a government, thus forging its coherence, is blunted when the opposition is so small.

Given that neither the government nor the parliament can dismiss the other, all the while being still able to criticise each other, the relationship is often seen as akin to Tom and Jerry, circling and fighting but never really ending the other.

In the presidential system it is perhaps best to see the parliament itself as a kind of constitutional opposition to the government rather than as the loyal opposition seen in a parliamentary system.

In this regard party support for even critical government legislation can be fickle. It is well to recall the experience of former president Yudhoyono whose cabinet coalition commanded about 70 per cent of the House of Representatives. When he wished to stop rising fuel prices from threatening the security of the government budget, two of his coalition partners crossed the floor to prevent this from happening. When the budget deficit subsequently blew out, the blame, of course, was directed at the president not at the parties that crossed the floor, nor indeed at the parliament that had allowed this to happen.

The rituals of forming an Indonesian cabinet

The lead up to the announcement of an Indonesian cabinet is a time of frenetic activity where the rumor mills, normally quite hyperactive across the nation, run beyond full speed. Meetings among party leaders and even passing glances between leaders at bigger meetings are all matters of speculation.

It is also a time when the term ‘prerogative’ flows freely from the lips of all commentators and political figures. The term is used, confusingly, in reference to the role of the president in selecting their cabinet. The use of this term goes back even to the days when former president Suharto was selecting his cabinet. The common view is that the selection of a cabinet is the specific right of the president – but this is, at best, a naïve proposition. Even President Suharto, despite all the powers he accrued during his 30 years in office, had to take into account various interests and forces across the nation when forming his cabinets. Every president has to do this. For example, Suharto had to ensure a balance of ministers reflecting the regional, ethnic and religious diversity of the nation together with ensuring an effective balance between the key powers of the military, the bureaucracy and the other political forces.

These days presidents also need to ensure a balance between supporting parties and strive to ensure a better gender and age balance than was the case in earlier decades. In many respects the term prerogative should be understood not so much as a ‘right’ of the president, but rather as a ‘responsibility’ of the president (for which they are accountable). This is because it is ultimately the president who is accountable for the performance of the government. Indeed a minister (or pembantu) in the Indonesian system is referred to with the same term used for domestic household staff.

This year the President has introduced a new element to the lead up to the formation of the cabinet, namely a walk of fame for possible ministers. A large group of journalists wait inside the presidential compound in front of the State Palace. Potential ministers arrive for the long walk from the State Secretariat to the State Palace. After they exit they face the journalists with questions on the discussion that had just taken place and the job they had been offered. Most demure from answering the last question, arguing that it is for the President to announce.

One notable exception was the outgoing minister of finance, Dr Sri Mulyani Indrawati, who stated that she was being re-appointed as finance minister. This was no doubt intended to provide a boost to the capital markets. Her re-appointment will be well received.