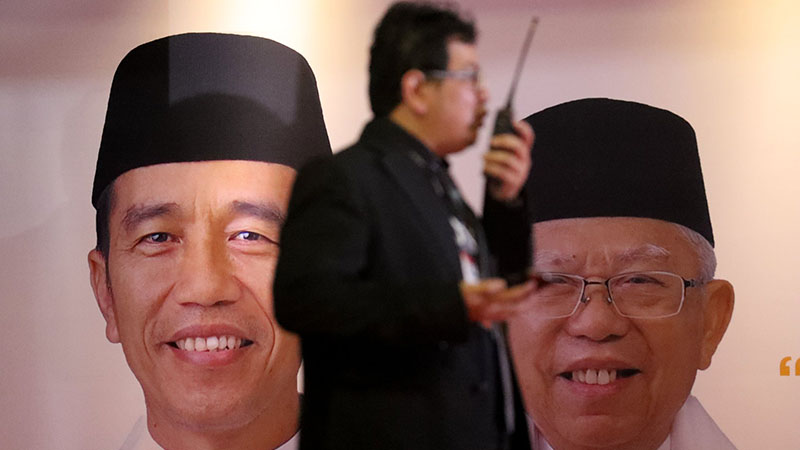 The 2019 elections will mark two decades of democracy in Indonesia.

But in the context of declining democracy across the globe, Indonesia’s democratic system has also begun to fracture. Issues such as corruption and intolerance towards minority groups in Indonesia prevail, but there is still much hope for Indonesia’s future as a moderate democracy.

Indonesian political experts point to corruption as being a key threat to democracy in Indonesia. Research by Executive Director of Indikator Politik Indonesia Burhanuddin Muhtadi shows that one in three voters was exposed to bribery during the 2014 elections – and this fraction is expected to grow in 2019. Pak Muhtadi’s 2018 research on popular perceptions towards anti-corruption measures highlights that Indonesians largely feel that the government is committed to eradicating corruption. In particular, the research demonstrates that 85 per cent of Indonesians trust the Corruption Eradication Commission (Komisi Pemberantasan Korupsi, or KPK) to address corruption. But of those surveyed, just 28 per cent felt that the president had a significant role to play in this. Indonesia Corruption Watch Coordinator Adnan Topan Husodo stressed that anti-corruption efforts are part of a larger cultural shift; without the support of the central government, the reform agenda of the KPK is likely to stagnate.

During Jokowi’s presidency, the number of elected government officials who have become involved with corruption cases is quite high (in 2018, nearly 2,500 civil servants were implicated in corruption cases, resulting in state losses of Rp 1.45 quadrillion (AUD$14.39 billion)) but spokesperson for the Jokowi-Ma’ruf National Campaign Team, Budiman Sudjatmiko, argues that this is a positive sign. Using an analogy of a farmer who catches rats in the fields, Sudjatmiko says “In fact [Jokowi] is working, building an ecosystem… This means he works more, catching more mice”.

But others question Jokowi’s commitment to eradicating corruption. In 2017, KPK investigator Baswedan Novel was the victim of an acid attack, and two years on, the perpetrator has not yet been found. Novel argues that this incident represents an attack against the KPK as a whole, and he believes that Jokowi, as head of state, should have carried out a more thorough investigation.

Amid rising intolerance, there appear to be signs of growing popular dissatisfaction with the state of democracy in Indonesia.

Despite the inclusive focus of Jokowi’s 2014 presidential campaign, Ben Bland of the Lowy Institute describes his leadership as “weak guardian[ship] of democratic principles”, particularly in relation to the “instrumentalising [of] religion and identity”. Indonesia’s ‘alt-right’ is backed by online vigilantes, such as the Muslim Cyber Army, who rose in fame following the Ahok blasphemy case. Research by the Human Rights Watch indicates that more than 150 people have been imprisoned as a result of blasphemy cases since 1968, under article 156a of the Indonesian criminal code.

In the lead up to the 2019 elections, Inspector General Agung Budi Maryoto, Head of West Java Regional Police, asserted that police would be on high alert for “people or groups disrupting the election, especially those that disrupt the sovereignty of the Republic of Indonesia”. While there are such safeguards in place to protect against violence, AIC Indonesia Director Kevin Evans argues that this is unlikely to play out.