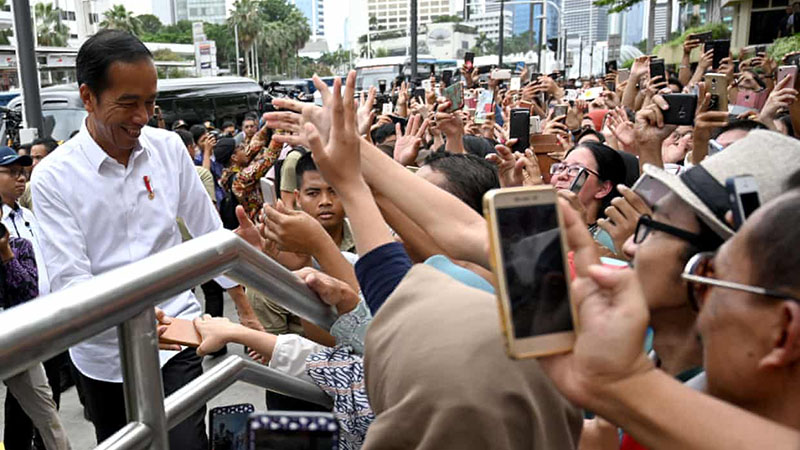 Indonesia’s 2019 elections will be bigger than ever – it will be the first time the Indonesian presidential election and the legislative election has been held on the same day. With more fake news than ever in the lead up, are Indonesians adequately prepared to navigate these murky internet politics?

While social media was already prevalent in political campaigns by 2012, a Kompas writer noted, its potential (particularly that of Twitter) had yet to be fully realised. The article cited Obama’s campaign in 2009 as a key moment in the rise of social media use in politics.

Fast forward to 2019, and Twitter is a crucial instrument for influence for both presidential candidates.. Arsul Sani, vice chairman of Jokowi’s campaign team, said a large part of their strategy was the creation and distribution of memes and other images via social media. The campaign team uses social media to counter the fake news being spread about Jokowi, he added.

Mafindo (Masyarakat Anti Fitnah Indonesia, or Indonesian Anti Hoax Community) recently reported that between December 2018 and January 2019, political fake news shot up by 61 percent. In particular, the Jokowi-Ma’Ruf pair fell victim to 75 confirmed incidents of fake news, while Prabowo-Uno faced 54 confirmed incidents. Mafindo notes that Facebook tends to be the platform of choice for fake news (49.54 percent of it), followed by Twitter (12.84 percent) and WhatsApp (11.92 percent).

Chairperson and founder of Mafindo, Septiaji Eko Nugroho, spoke to the significance of becoming a “fact-aware society”, saying that fake news represents a major threat to Indonesia’s democracy. Given Indonesia’s low literacy levels, the rapid spread of fake news is “quite worrying”. Disinformation, he said, spread via social media and chat applications has already had disastrous effects such as violence, property damage, financial scams and health misinformation.

The Ministry of Communication and Information (Kominfo) emphasised that while the bulk of fake news in circulation was created by individuals, there is a dangerous trend towards more organised efforts. “Around 30 percent of all fake news gets…shared [in a pre-arranged, organised fashion] by supporting accounts”, said Kominfo spokesperson Ferdinandus Setu.

In a survey of 480 respondents from West Java, researchers from Padjadjaran University found that age has no influence over an individual’s likelihood of share fake news. There are currently initiatives aimed at building a more media literate community across the country, but efforts have largely focused on Indonesia’s youth (17 to 35 year olds).

There has been much hope that Indonesia’s ‘digital native’ population will play a positive role in combating fake news for the upcoming election. Kominfo Director General Rosarita Niken Widiastuti is calling for Indonesia’s millennials to fight against fake news by being smarter social media users. At an event themed ‘Digital Literacy For A Peaceful Election’, community leader Azwar Anas echoed this sentiment, arguing that millennials have an important role to play on social media, including using it creatively, but also productively.

However, this has been complicated by the fact that Indonesia’s youth are largely disengaged from politics.

Examples of Indonesia’s youth using social media platforms to influence politics, such as the satirical presidential candidate pair Nurhadi–Aldo, have been controversial. Founder of political Youtube channel Asumsi, Pangeran Siahaan says “I think [Nurhadi-Aldo] was started because there is some part of the young generation that are not really satisfied.”