Home » Infrastructure » The logistics of disaster

The logistics of disaster 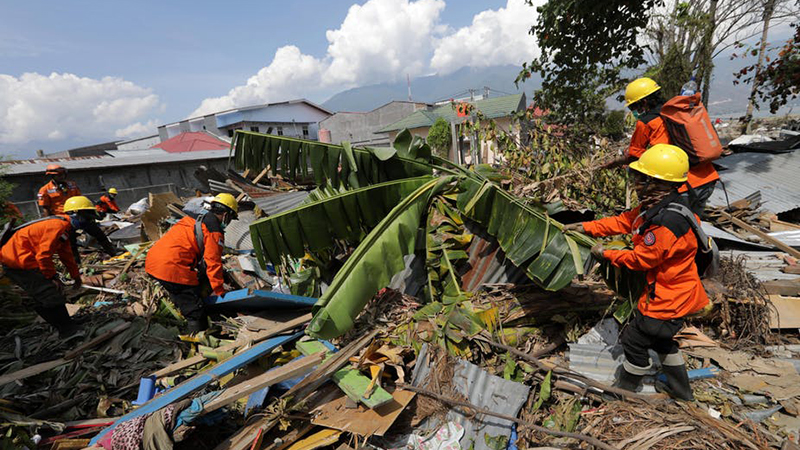 A lack of logistics infrastructure and a skills shortage are among the forces exacerbating the devastating aftermath of natural disasters in Indonesia.

The Maluku islands were hit by a major earthquake on Sunday 14 July, and at least two people have been found dead, and thousands evacuated. Spokesman for Indonesia’s national disaster agency Agus Wibowo said that because the hardest hit areas, Sofifi and Labuha, could only be accessed by a small plane or 10-hour boat ride, “we cannot rule out that possibility [of more victims] since access to the area is difficult and we cannot yet collect all the data regarding casualties.”

Indonesia is no stranger to earthquakes, which are sometimes followed by tsunamis. It sits on the seismically active Pacific Ring of Fire, an area home to 90 per cent of the world’s earthquakes.

An earthquake also shook the island of Bali on Tuesday 16 July, which caused brief panic, and could reportedly be felt in areas such as Badung, Denpasar and Lombok, but fortunately no one was injured – truly a blessing given what Indonesia has suffered in the past year alone.

Despite the ever-present threat of natural disasters, Indonesia struggles with disaster management to this day.

Researchers from Universitas Gadjah Mada attribute this to poor government coordination, particularly at the regional level. In their case study based on the 2018 tidal floods in Semarang, Central Java, they found that different government agencies weren’t able to agree on the severity of the disaster; this led to a patchwork of responses, which collectively failed to adequately address the problem.

When disaster struck in Central Sulawesi, in September 2018, many were left desperate for supplies – particularly in remote areas, which were also the hardest hit. In Donggala, one aid worker told Reuters that “the government is missing… Everyone is desperate for food and water. There’s no food, water or gasoline.”

More than 2,000 people died and thousands more became displaced. To provide insight into what these and other victims went through, the recent edition of Inside Indonesia asked: how do ordinary Indonesians experience natural disasters?

Disaster expert Suprayoga Hadi has identified that Indonesia desperately needs a disaster logistics system. He points out that key challenges in the current disaster response system include: weak coordination among government agencies; lack of infrastructure, particularly in remote areas; and a shortage of skilled workers, particularly in relation to disaster response technology.

To add to this, Indonesia’s risk communication strategy currently relies on mass media, which is a one-way form of communication and often doesn’t reach those in remote areas. Could the deaths of those in Central Sulawesi and other natural disasters have been prevented with better logistics and telecommunications systems in place?

Juhri Selamet, lecturer at Universitas Multimedia Nusantara, argues exactly this. His research systematically examined data centred on communication practices from major disaster relief organisations worldwide, such as the World Health Organisation, the Red Cross and the United Nations. From this, he found that a more participatory model could offer an opportunity for Indonesia to improve its disaster response systems, so that local communities are more deeply involved in the process.

Indonesia is incredibly diverse, and embedding disaster communication strategies within local culture and language has proven to be immensely valuable in the past.