Home » Infrastructure » Pandaan-Malang toll road adds another link to In… 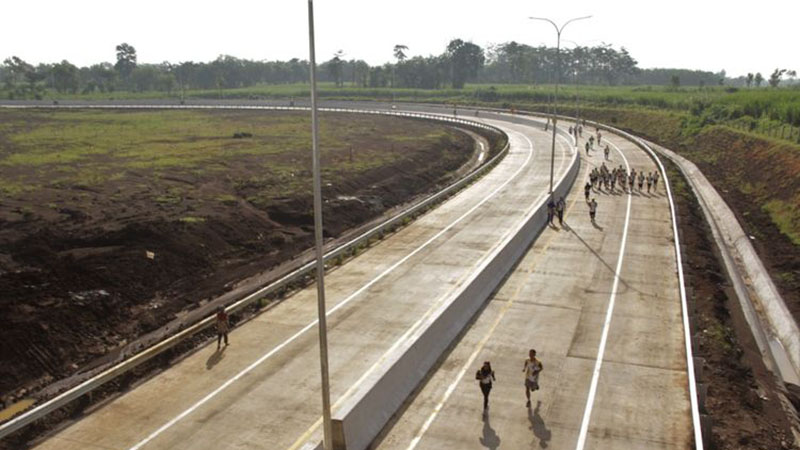 Projected to reduce travel time between Surabaya and Malang from four hours to less than one, the newly opened Pandaan-Malang Toll Road forms a vital part of Indonesia’s transport network, crossing Pasuruan Regency, Malang Regency and Malang City. The project is in line with Jokowi’s targeted efforts to improve Indonesia’s infrastructure.

Jokowi championed infrastructure as part of his 2019 presidential campaign, promoting investment in roads, ports, railways and airports as crucial to advancing Indonesia’s economic development. He said: “In truth we are building civilization, building connectivity between cultures, building the infrastructure for a new culture”.

The first three out of five sections of the Pandaan-Malang toll road – extending 30 kilometres between Pandaan and Singosari – were opened by Jokowi on Monday 13 May 2019, with the final two sections due to be opened later this year.

The fourth and fifth sections – covering the final eight kilometres between Singosari and Malang – are under construction. The final section, between Pakis and Malang, is characterised by over 30 historical sites, and represents an opportunity to promote Malang as a tourism and education destination. As such, Jokowi hopes that “this toll road can accelerate the mobility of goods, services and people, [as well as] stimulating the economy of Malang and its surroundings”. He also notes that the road is an opportunity to “see the beautiful scenery of the mountains of Arjuno, Kawi and Bromo”.

The project, by state-owned toll road operator Jasamarga, is expected to cost up to Rp5.97 trillion (AUD5.92 million).

Minister of State-Owned Enterprises Rini Soemarno has confirmed that the road will be toll-free until Lebaran (or Idul Fitri) 2019 to ease the congestion during mudik.

The Pandaan-Malang toll road is just one part of a larger plan for improving Indonesia’s transport and logistics. Despite increased investment in the sector, a survey of more than 4000 member firms of the Association of Logistics Indonesia found that the sector’s skills shortage remained a pressing obstacle in Jokowi’s mission for a better-connected Indonesia. As of 2018, the Global Logistics Performance Index (LPI) ranked Indonesia 46th out of 160 countries – Australia came in at 18.

There is opportunity here for Australian expertise and innovation to play a key role. One example is the Australia-Indonesia Centre’s PAIR program centred around South Sulawesi’s first train line, and the involvement of Monash University’s Institute of Railway Technology (IRT) in Jakarta’s recently opened MRT. The IRT provided technical support and professional guidance, and sought to offer capacity building throughout the project.