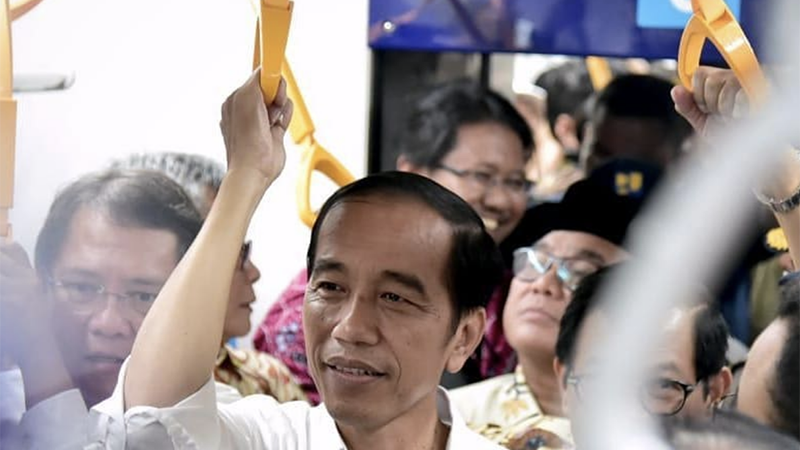 More than twenty years in the making, the new MRT was inaugurated on Sunday 24 March 2019 in Jakarta. According to Jokowi, “the [MRT] is part of a new culture because this is a first in Indonesia”. Beyond the transformation of the capital city’s public transport system, it is hoped that the MRT will also shift the traffic culture of Jakarta – and usher in a new era of punctuality.

Modern, safe and comfortable, the MRT connects thirteen areas of Jakarta, from Lebak Bulus to Hotel Indonesia. The thirteen stations, among them Blok M and Senayan City, also link up with other forms of public transport in Jakarta, such as the Transjakarta bus network.

Daily maximum ticket costs for the MRT have been proposed to be set at Rp. 8,500 (AUD 0.84), to be accessible to most Jakarta commuters. Regional Secretary of Jakarta Saefullah explained the proposed system as follows; passengers will pay Rp. 3,000 when they first enter the station and tap on. From there, passengers will pay Rp. 1,000 per kilometer, with a daily fare capped at Rp. 8,500.

Transportation expert from Unika Soegijapranata Semarang Djoko Setijowarno argues that winning over those who rely on private vehicles will present some challenges, so “there must be a forced effort” – part of this strategy lies with ensuring ticket costs do not exceed Rp. 10,000 (AUD 1.00) per day.

For now, riding the MRT is free, with the ticketing system expected to go live on 1 April 2019.

MRT Jakarta have developed a mobile-based application called MRT-J, which serves as a handy guide for users wanting to plan their journey. The app will also provide information about other public transport, including TransJakarta buses, and in the future aims to include a feature allowing users to top up their credit online.

Silvia Halim, Director of Construction for MRT Jakarta, points out that this is just the start, with two more phases to be rolled out in the construction of the transportation network. She said, “Hopefully Indonesia can [continue to] independently build its infrastructure with the latest technology”. Halim herself represents an important part of Indonesia’s history as the only woman on the board of directors for the MRT, joining the legacy of other important women such as Minister of Finance Sri Mulyani and Minister of Maritime Affairs and Fisheries Susi Pudjiastuti in a “male world”.

“Indonesia has finally set foot in a new civilisation”, said Jokowi in reference to the MRT. The President took his first trip on the MRT while ABC journalist David Lipson was on his own test ride.