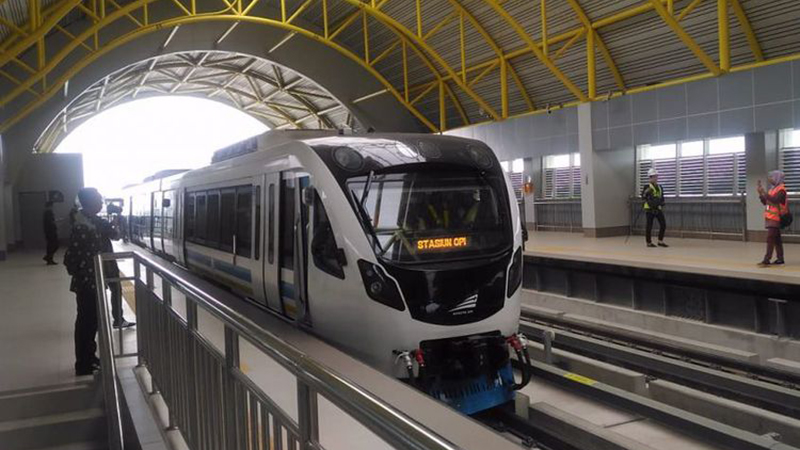 Construction began in October 2015 with a total cost of Rp 10.9 trillion (US$760 million). The route comprises of 13 stations across a 23-kilometre track, connecting Sultan Mahmud Badaruddin II Airport to Jakabaring Sport City. Six of the stations are ready just in time for the Asian Games, which Palembang will co-host later this month.

President Joko Widodo inaugurated and conducted a test run of the LRT last month and expressed his admiration for the work of the Indonesian people. Minister of Transportation Budi Karya Sumadi confirmed that at least 80 percent of materials used to construct the LRT were produced locally by state-owned train manufacturer PT Industri Kereta Api, and that only the engines were produced in Germany.

The price of LRT tickets has been set to a low Rp5,000 (AU$0.47) for routes between stations and Rp10,000 (AU$0.94) for passengers travelling to and from the airport. The Ministry of Transportation will provide an operational subsidy of up to Rp300 billion (over AU$28 million) per year over the next three years before applying commercial prices. The price of a ticket without subsidy will reach Rp30,000 (AU$2.81) per passenger. The ministry hopes the low tariffs will encourage the local community to utilise the LRT as an alternative means of transportation.

During a speech at the Indonesian Institute of the Arts in Bali, President Jokowi said Indonesia is entering a new age of mass transportation. He also expressed his hopes that the construction of new mass transportation systems across Indonesia such as MRTs and LRTs will create and embed a ‘new culture’ within society, specifically a culture of punctuality and queuing.

The Asian Games will be held in Palembang and Jakarta from 18 August to 2 September 2018. The event is expected to welcome as many as 15,000 athletes and delegations from 45 member nations from the Olympic Council of Asia. The Indonesian government hopes the completion of the LRT will provide support for this event, as thousands of domestic and international visitors are expected to visit both cities.