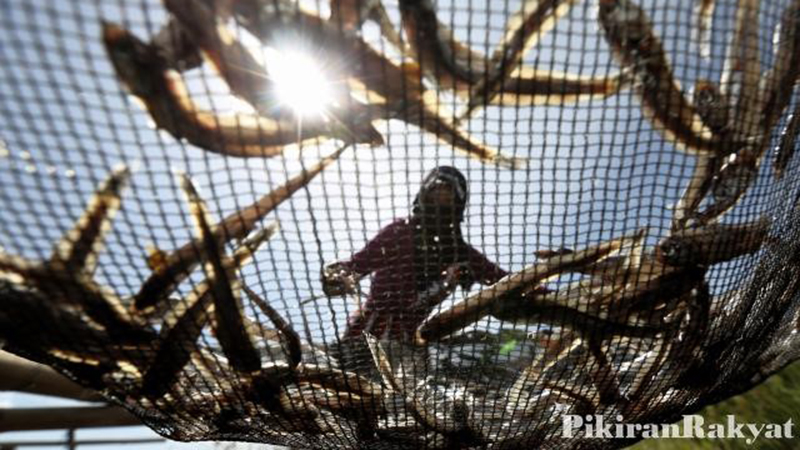 In line with Making Indonesia 4.0, the Ministry of Communication and Information have sought to support small businesses in Indonesia in answering the call of the digital era. While many businesses across the country have already harnessed technology as an integral part of their operations, the transition for some industries has been harder than others.

Unicorns such as Bukalapak and Go-Jek have paved the way, but Jokowi has made clear his priority for the Industrial Revolution 4.0 lies not only with large companies, but across all layers of the economy, including small and medium enterprises (Usaha Mikro Kecil dan Menengah, or UMKM). Within this, there is a clear focus on empowering SMEs through the use of digital technology – and this extends to more traditional industries.

As an archipelago comprising over 17,500 islands, Indonesia has a vast sea area spanning up to 5.8 million km, with a coastline that reaches over 54,700 km. Given its significant potential for marine resources, the fishery production sector forms an important, long-standing pillar of the Indonesian economy. Yet beyond this, there is still massive room for growth within this sector.

Aruna is a start-up that provides a platform for those within the fishery and maritime industries that aims to utilise digital technologies alongside more traditional business methods. Born from a vision to improve the livelihood of Indonesian fishers, Aruna seeks to develop better systems for fair fish trading by connecting fishers to community through technology.

Aruna does this through a two-pronged approach. Firstly, they provide fishermen with an e-commerce platform that facilitates fair transactions, and allows consumers to buy directly from the source. Secondly, Aruna provides a cloud-based product called the Integrated Fishery System, which allows businesses and government involved in the fishery and maritime industries to manage, analyse and report data efficiently in real time.

Over 1,700 groups of fishermen across 16 provinces have joined the platform since its inception. Aruna have since paired with the Ministry of Communication and Information as part of the campaign titled ‘Fishermen Go Online’, which aims to embed digital technologies more deeply within the business practices of the fishery and maritime industries. As part of the government’s priority in strengthening these industries, this program aims to reach 1 million users by the end of 2019.

According to Minister Rudiantara of the Ministry of Communication and Information, the role of the government is no longer to simply act as a regulator, but as a “facilitator and accelerator” of progress via the digital economy. For this reason, programs such as ‘Fisherman Go Online’ form an important step forward in strengthening and empowering the Indonesian workforce within the fishery and maritime industries.