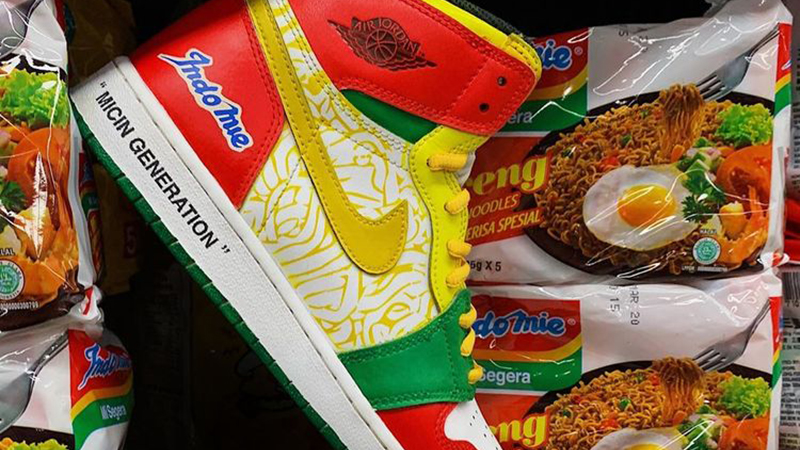 New data from consulting company Kantar shows that Indomie has been a top favourite among Indonesia’s city-slickers for seven years running.

The brand name Indomie, meaning Indonesian mie, or noodles, has become synonymous with instant noodles across the country. Dinar Rahayu writes “[the] instant noodle, thanks to its practicality, has become an iconic survival tool that evolves to follow the busy city pulse.” Kantar’s study shows that almost all urban households buy this brand three to four times a month, and on top of that, Indomie ranks tenth on the global stage as a consumer’s brand of choice – instant noodles may be a humble offering, but they’re a permanent part of Indonesia’s cultural landscape.

Artistic projects aside, Indomie is big business in Indonesia. In 2018, Indonesia was the second largest consumer of instant noodles at 12.54 billion servings, or just over 12% of total global consumption.

And research from the Australian Export Grains Innovation Centre (AEGIC) shows that in Australia Indomie is more than just a meal for those on a budget – it’s crucial to Australia’s wheat export market:

“Indonesia imports 3-3.5 million metric tons of wheat for noodles each year, largely from their preferred supplier, Australia,” says AEGIC Chief Economist Professor Ross Kingwell. “Instant noodles are by far the most popular form of noodles. Fresh noodles are a relatively small but still important segment. Due to its stability and magnitude, Indonesia’s noodle market, especially its instant noodle market, will remain a major source of Indonesia’s demand for Australian wheat.”

As Australia’s biggest wheat customer, AEGIC predicts that Indonesian demand for Australian wheat will only continue to grow in the coming decades.

This demand is due to several factors: the World Bank forecasts that by 2025, 68 per cent of the population will be city-dwellers, and AEGIC estimates that by 2030, there will be 30 million new mouths to feed in Indonesia.

Indonesia’s increasing urbanisation, population expansion and growth in wealth suggests that the country’s palate may begin to opt for more wheat products such as bread, as well as shift towards premium fresh noodles – indicating room for expansion into Indonesia for Australian wheat producers. “Providing wheats tailored to a wide spectrum of premium-paying markets in Indonesia is a sound risk-diversification strategy for Australia,” Kingwell said.

In the context of recent IA-CEPA negotiations, Indomie could be a key opportunity for Australian producers. Kevin Evans, Indonesia Director of the Australia-Indonesia Centre, notes an example of a flour mill in Makassar, South Sulawesi, which sources its wheat primarily from Australia. The mill then processes the wheat and exports it to other countries, mostly within the ASEAN region.

It’s clear that there is not just potential for commercial development opportunities, Kevin notes, but “opportunities for collaboration in order to penetrate wider regional and global markets.”