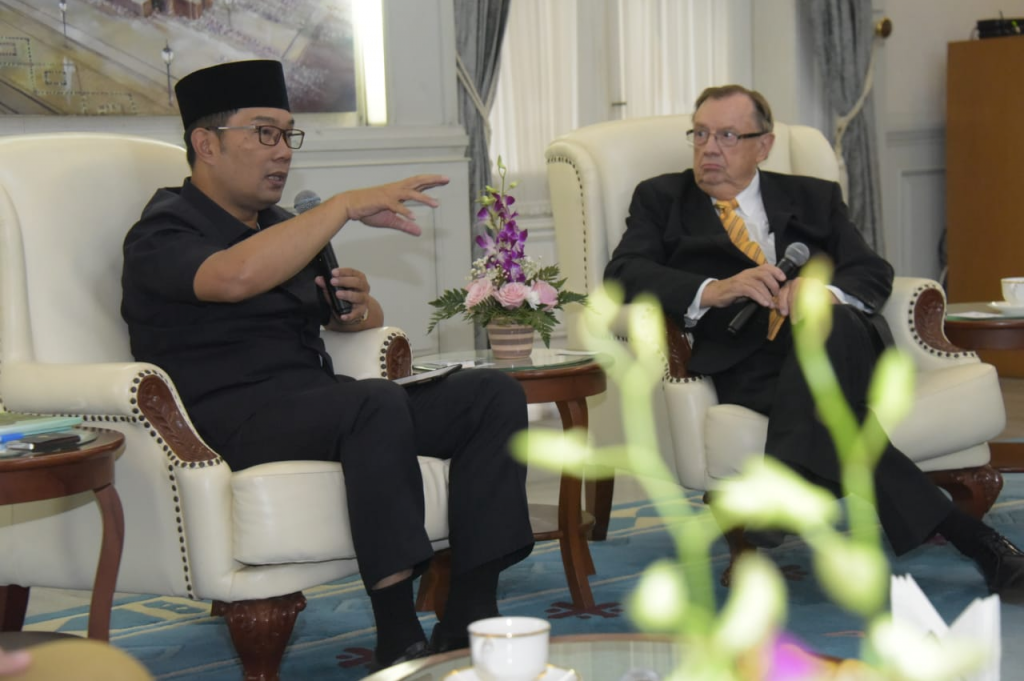 West Java Governor Ridwan Kamil held a meeting with the 12 education and research leaders of the Board of the Australia-Indonesia Centre in Bandung on Monday 26 August.

The AIC is a research organisation established by the governments of Australia and Indonesia during the administration of Susilo Bambang Yudhoyono.

Ridwan Kamil, or Emil as he is often called, said during the meeting that the West Java Provincial Government and the AIC would collaborate to find solutions to development challenges. He further explained that the AIC would be involved in the Citarum Harum (fragrant Citarum river) project and in the development of inclusive economies in the villages of West Java.

“[The AIC] will help the Citarum Harum project succeed by contributing their research, and also take part in inclusive economy development in villages,” Emil said.

Aside from that, Emil said, the AIC will conduct research around the digital economy. The AIC’s involvement, he added, was an example of the application of the Pentahelix concept being applied by the West Java Provincial Government as part of its standard process. The Pentahelix brings together five elements, or ABCGM (academia, business, community, government and media), into development work.

“[The AIC’s] research will assist us with our development. This is a form of the Pentahelix not just made up from one country, but internationally,” he explained.

“So research like this is really necessary. Absolutely, we are open to anyone with positive ideas for West Java.”

This article first appeared in Bahasa Indonesia on the website of the West Java Provincial Government.