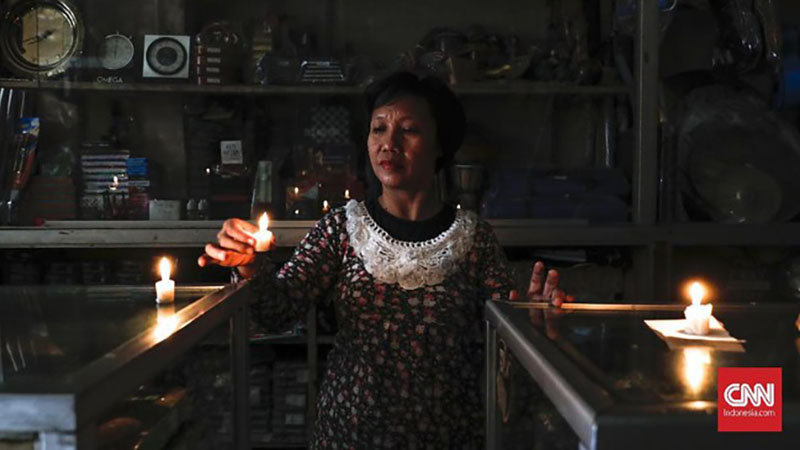 Mass power outages across Java raise questions about the reliability of Indonesia’s electricity networks. Is there another way forward for Indonesia’s energy sector?

Within minutes, mass power outages across Java on Sunday 4 August 2019 affected two of the most critical sectors in the economy: transportation and communication. Jakarta’s MRT slowed to a halt, and passengers trapped in the underground subway were evacuated. Some traffic lights were also affected. Three major telecommunications providers – Indosat, Telkomsel and XL Axiata – claimed their services were disrupted.

Acting Director of state electricity provider Perusahaan Listrik Negara (PLN) Sripeni Inten apologised for the power outage, and PLN released an official tweet describing the cause of the power outage as a disruption to the transmission network in central and western Java. Jokowi voiced his frustrations with PLN, saying “there should be risk management – a contingency plan. My question is, why is it not working quickly or properly?”

PLN plans to provide around Rp.840 billion (AUD86.7 million) in compensation to the estimated 21.9 million affected customers across Jakarta, Central Java and West Java, in the form of reduced future payments to the electricity provider.

The massive power outage raises questions about the reliability and quality of Indonesia’s power networks, as well as the need to diversify the energy sources currently in use.

Indonesia has a current commitment to generating 23 per cent of its energy from renewable sources by 2025, but Dr Ariel Liebman of Monash University argues that there is scope to expand this to a much higher rate.

With a focus on investment in fossil fuels, as well as some emphasis on geothermal and hydroelectric power sources, Indonesia is at a crossroads. Dr Liebman says that unlike Australia, a country locked into energy decisions made ten or more years ago, Indonesia now has an opportunity to pursue a “much more aggressive, stronger renewable energy target”.

But this is not without challenges: research by Ernst & Young shows that out of 40 countries, Indonesia ranks last in terms of investment attractiveness and opportunities in renewable energy. On top of this, government regulation hinders investment in renewables. For example, geothermal energy developers are required to have proven geothermal reserves before securing a power purchasing agreement with PLN, which calls for largely self-funded geothermal exploration, potentially without return on investment.

Globally, there is a perception that renewable energy is more expensive than coal and gas energy sources, but research by the Australia-Indonesia Centre shows that this is not the case – including for a country like Indonesia.

This study found that Indonesia’s electricity generation mix is likely to be very different in 2050; as a result of expansion in global production and technical developments, the costs of renewable technologies will drop rapidly in the coming years.

In the context of Jokowi’s continued push for infrastructure development and expansion of skills training in his second term, what role could the renewable energy sector play in pushing Indonesia forward?