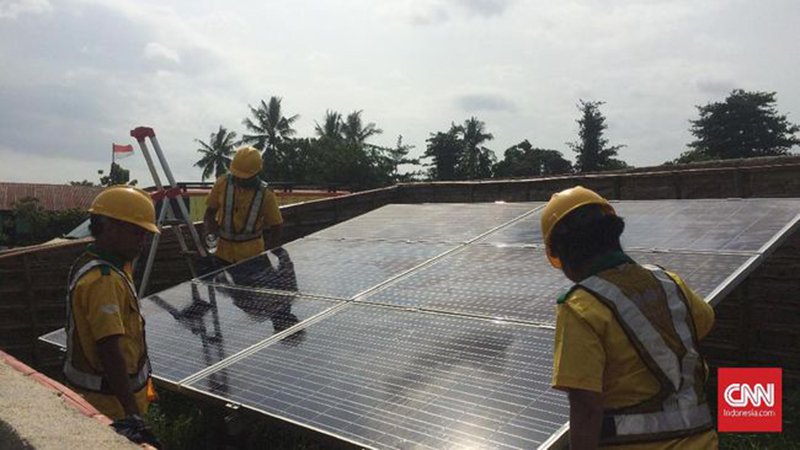 Indonesia has been experiencing the weakening of the Rupiah against the US Dollar within the past few months as it stood at over Rp 14,900 to one US dollar on 4 September. The current climate has prompted discussions on the pressing need for Indonesia to produce more renewable energy.

One of the factors contributing to the depreciation of the Rupiah is the large amount of fuel subsidies that consequently increases the national trade deficit. While Indonesian Ministry of Finance Sri Mulyani emphasised no changes will be made to the subsidy rate on fuel, she took this opportunity to discuss the importance of Indonesia to diversify its energy resources and transition to renewables.

Minister Sri Mulyani addressed this issue when she attended the 6th Indonesia International Geothermal Convention and Exhibition (IIGCE) 2018 on Thursday 6 September. In her opening speech, she emphasised the need for Indonesia to learn from countries like Iceland and reduce dependence on importing oil and gas.

She said, “Before 1990, Iceland was completely dependent on fossil fuel. Every time their energy needs increased, so did their import rate. This high dependence on oil imports caused their balance deficit to swell and triggered a crisis in the banking sector. They stopped all fossil fuel-based generators and began to fully rely on geothermal energy. As an oil-importing country, Indonesia must change its strategy and accelerate renewable energy [programs] to reduce our dependence.”

Sri Mulyani acknowledged several obstacles surrounding the development of geothermal energy, including the existence of cheaper alternatives. However, she encouraged those working in this area to advise the government on what needs to be done in terms of fiscal policies.  “I don’t know what [fiscal] policy you need. I hope the engineers here will be able to inform in detail what the government can provide,” she said.

The Minister of National Development Planning Bambang Brodjonegoro recently expressed his concerns that the national renewable energy agenda is not yet supported by strong policies, whereas the Indonesian National Energy Council (DEN) has set a target of 23% renewable energy by 2025.

“Seven years is a short time. According to our data, we are still at below 10 percent,” he said during a lecture last month. Bambang stated hydro energy has the largest potential in Indonesia due to its abundant sources and that North Kalimantan can potentially produce up to 3,000MW using hydropower. However, development of large super dams is very expensive.

In addition to national policies, Indonesia must also address issues at the regional level. According to DEN, only eight out of 34 provinces in Indonesia have completed their General Regional Energy Plan (RUED). These provinces include Bengkulu, West Java, DKI Jakarta, Central Java, East Java, North Kalimantan, West Nusa Tenggara and Maluku.