Indonesia on track to enter top five world economies by 2045 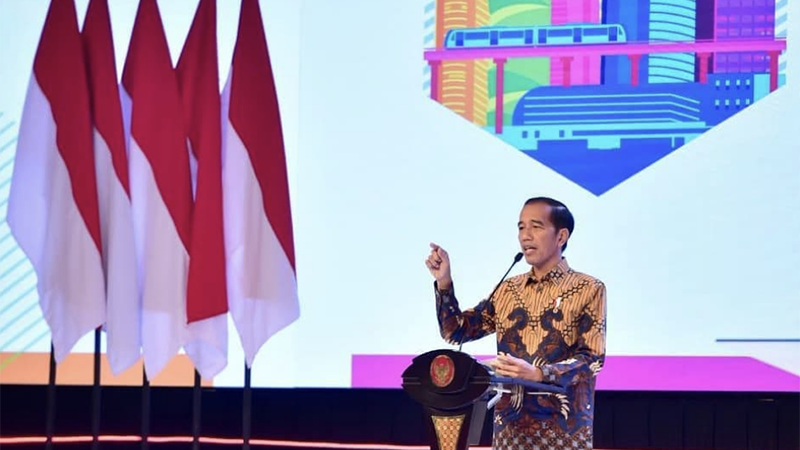 Indonesia’s vision is to become one of the world’s top five strongest economies by 2045 – one-hundred years after independence.

Indonesia is currently ranked as the 16th largest economy, just two places behind Australia. At the core of their strategy, Jokowi is pushing for greater self-sufficiency by up-skilling Indonesia’s massive population, attracting more investment and streamlining bureaucratic processes.

Currently home to more than 260 million people, many of whom are under the age of 30, Indonesia is the largest economy in Southeast Asia, and one of the largest emerging economies in the world. The Indonesian government has recognised the need to harness this economic power by addressing key structural issues such as the (under)skilled workforce, lack of infrastructure, and overly complicated, administrative government processes that hamper efficiency.

Indonesia is on its way to achieving a place among the top five strongest economies in the world, but at the 2019 Conference for National Development Planning (Musrenbangnas 2019) on 9 May 2019 in Jakarta, Jokowi outlined three key issues: equitable infrastructure development, structural and bureaucratic reform, and human resource development.

“For the next five years… [what is] best for the country will be done,” said Jokowi, who will not be able to run again in the 2024 elections. He encouraged government at both national and regional levels to become more efficient, and to streamline administrative processes where possible. In particular, he argued that licensing laws in Indonesia are so convoluted that it has hindered economic investment.

According to Jokowi, increasing exports and reducing Indonesia’s reliance on imports is crucial for Indonesia’s economy to advance, and investment is a key part of this. Another piece of this puzzle lies with improving Indonesia’s manufacturing industry on a global scale. Minister of Industry, Airlangga Hartarto, points to the Making Indonesia 4.0 Road Map as being a strategic initiative by the Indonesian government to address the challenges of the digital era and its impacts on industry. Airlangga argues that “in order to boost industrial competitiveness, [industry] must be supported by education… [through the] competence of the workforce”.

Finance Minister Sri Mulyani highlighted that Indonesia’s population is forecast to reach 309 million by 2045; of this, more than half are projected to be of working age. With more than 75% of that population expected to reside in cities, this highly urbanised, young population represents an important opportunity for Indonesia to move beyond the ‘middle income trap’ – a phenomenon which describes economic stagnation after a country’s GDP levels reach middle-income levels.

While there is the opportunity to leverage the potential of such a large working population, the lack of skilled workers poses an obstacle to Indonesia’s economic aspirations. Dr Eugene Sebastian, CEO of the Australia-Indonesia Centre, highlights that in the context of the IA-CEPA signing, now is the time for Australian education providers to be more active in Indonesia’s skills and training provision. Australia is already one of the top destinations for Indonesians looking to study abroad, but there are also other in-country opportunities available to Australian providers who think creatively about building strategic partnerships with Indonesian providers to deliver education and training.

Indonesia’s vision to become one of the top five strongest economies in the world by 2045 presents an important opportunity for Australia to be more involved with one of its closest neighbours. According to Ross B Taylor AM, this could be “a fresh and bold start in the broader bilateral relationship”.

Waste becomes “currency” for groceries at Gundaling I Berastagi

Still no ‘freedom’ for interfaith marriages

Stirring up the love for coffee