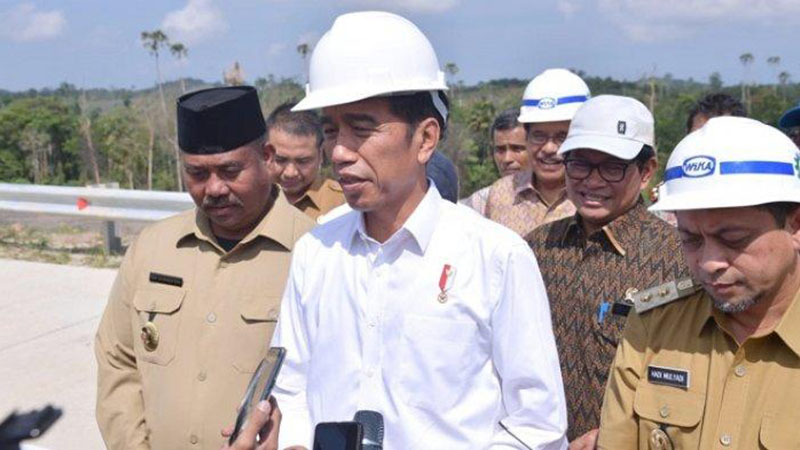 A report released in late May shows Indonesia jumping up the IMD World Competitiveness Ranking charts, now at 32 in the world. In 2018, Indonesia ranked 43.

This move is encouraging following the Indonesian elections, suggesting that Jokowi’s investment in infrastructure during his first term has paved the way for economic progress. Jokowi now shifts his focus to human capital development, in particular to help navigate the ‘disruption era’ – which is marked by the expansion of technologies such as artificial intelligence, internet of things (IoT) and the utilisation of big data. Within this, Jokowi hopes to bring together government, industry and education, with emphasis on Indonesia’s expansive startup scene.

Indonesia now ranks above countries such as India, South Africa and Brazil, but sits below its fellow Southeast Asian neighbours Thailand and Malaysia.

Indonesia ranks strongly in economic performance and business efficiency, but lags behind in infrastructure. Dr Willem Makaliwe of Universitas Indonesia’s Management Institute argues that while these results are encouraging, they also show that the full potential impact of infrastructure development has yet to be realised.

Top ranking Singapore’s success is driven by its highly-skilled labour market, favourable immigration laws, advanced technological infrastructure, and efficiency in the start-up scene. Singapore Trade and Industry Minister Chan Chun Sing says, “we must also enable our enterprises to boost their capabilities and scale up, while ensuring our workers are equipped with the skills – not just for today’s jobs, but the jobs of tomorrow too“.

By 2030, Indonesia will need an additional 58 million skilled workers, who are able to creatively take on the challenges of digital economy. Jokowi’s focus on upskilling Indonesia falls in line with Singapore’s continued strategy to equip its workforce with the skills of tomorrow. In 2017, Indonesia announced ‘Making Indonesia 4.0’, a roadmap for building sustainable economic progress through the disruption era.

Standard & Poor’s (S&P) debt rating agency has also increased Indonesia’s investment risk-level rating from BBB minus to BBB. “We raised the ratings to reflect Indonesia’s strong economic growth prospects and supportive policy dynamics, which we expect to remain following the re-election of President Joko Widodo recently,” said S&P. “The sovereign ratings on Indonesia continue to be supported by the government’s relatively low debt and its moderate fiscal performance.”

While this marks a positive shift for an Indonesia chasing greater foreign investment, Coordinating Minister for the Economy Darmin Nasution has raised that there is still much work to be done.

“Going forward,” Ministry of Finance’s Nufransa adds, “the government will maintain its commitment to structural reform in order to increase productivity and competitiveness”.