Women and work in Indonesia 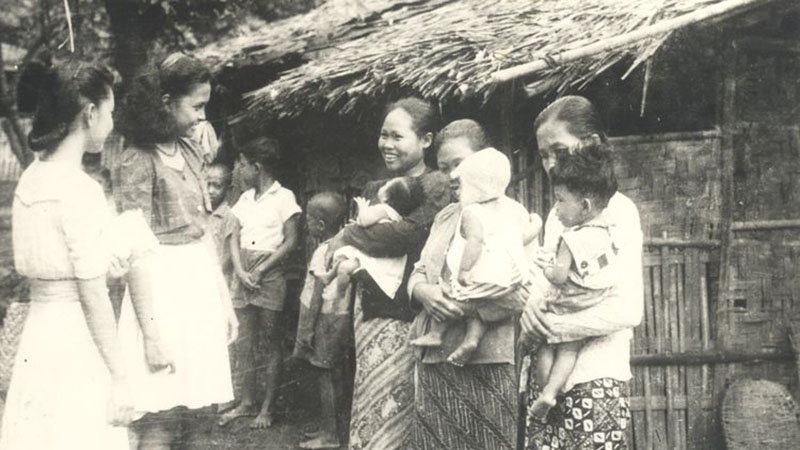 Friday 8 March marks International Women’s Day – a day to celebrate women, and to call for greater gender equality across the globe.

In Jakarta, the annual Women’s March will be moved ahead to 27 April, a date chosen for its proximity to Kartini Day, as well as to avoid the politics of the general election to be held on 17 April. Women’s March Jakarta 2019 chairman Fahmia Badib said, “We’re going to reclaim the original meaning of Kartini Day. We want to celebrate [Raden Ajeng] Kartini as one of the most important Indonesian female figures thanks to her struggle for women’s rights”. Kartini Day has come to be associated with cooking and traditional clothing, but organisers of the Women’s March Jakarta 2019 are aiming to shift focus onto issues such as sexual violence, discrimination laws and worker protections – details of the demands will be released closer to the event date.

An important feminist figure in Indonesia, Kartini was a pioneer for women’s education under Dutch colonial rule. Her ideas paved the way for the first Women’s Congress in 1928, which marked an important milestone in the organised women’s movement in Indonesia. Organising along not just local, but also regional and national lines, the congress was the first official forum where women began to voice their opinions about education, forced and child marriages, and divorce. At a time when women were considered only within the roles of wife, mother and housekeeper, these issues directly correlated to a reality in which women had very little power.

In celebration of the progress made around women and work in Indonesia since then, Jokowi met with hundreds of women activists in the State Palace on Wednesday 3 March. He said, “I believe in the central role of women in educating and sustaining the family economy”, and spoke about Mekaar (a micro-financing credit program), which has assisted 1.2 million female Indonesian business owners thus far.

However, attendee activist Nurlina of the Pangkep Islands argued that more visibility is needed for women’s labour. According to her, “no officials believe there are fisherwomen”, meaning that women who do engage in fishery work go unacknowledged, and are unable to access public services and insurance for their work.

Furthermore, women in Indonesia tend to be concentrated in the informal sector; National Secretary of women’s advocacy organisation Mahardhika Women, Mutiara Ika Pratiwi, said that as a result, worker protections tend to be minimal.

Chairperson of the National Commission on Violence Against Women (Komnas Perempuan) Azriana emphasised that state protection tends to be limited to formal workers; for women who are forced to migrate from rural areas to the cities and who lack education, informal labour tends to be the only viable option. Without state protection, these women are vulnerable to violence.

Research carried out by Mahardhika also highlights that workplace sexual violence is a severe issue; for example, one study showed that 423 garment workers from a total 747 in the Berikat Nusantara Zone (KBN) reported sexual abuse at their work.

Considering that International Women’s Day began with a protest by garment workers in New York City in 1908, it’s clear that there is still much to overcome in the fight against gender inequality.