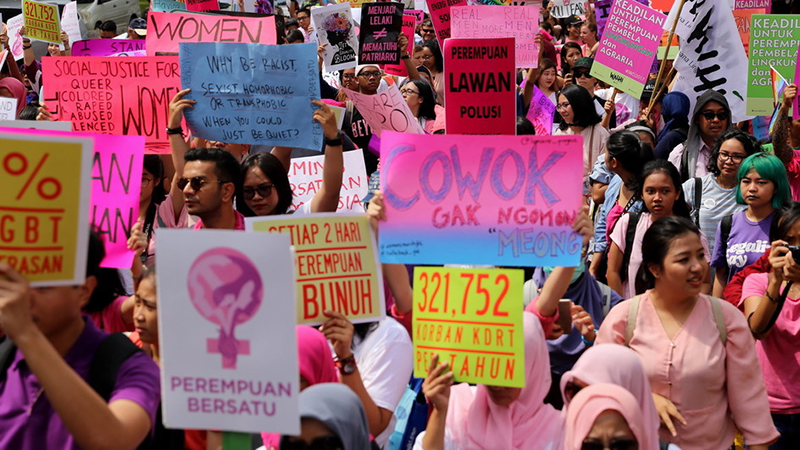 Indonesians joined the world to commemorate International Women’s Day on Thursday 8 March 2018. Women and men participated in rallies held in the capital of Jakarta in front of Merdeka Palace to demand gender equality and fight against discrimination.

Jakarta was also host to the ‘HeForShe Run 2018’ event where 5,000 people participated to invite men to work together as allies and become agents of change in the struggle for gender equality.

Gatra – Jokowi: Time for Women to be More Active