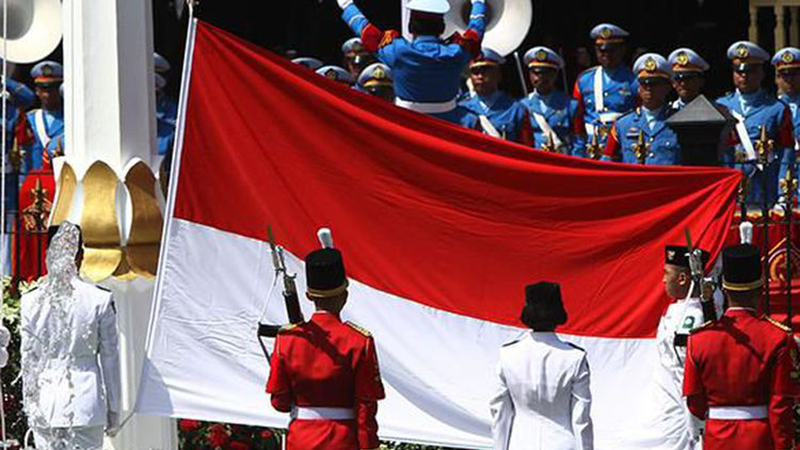 The celebrations were preceded by the annual meeting of the People’s Consultative Assembly on Thursday where President Jokowi addressed the nation. He took this opportunity to emphasise the importance of preserving national unity and fulfilling the promises of independence.

Reigniting the spirit of unity

In his speech, he stated the reason Indonesia was able to achieve independence was because the founding fathers and those who fought for freedom many years ago put aside their differences in politics, ethnicity, religion and class to create unified nation.

President Jokowi encouraged everyone to reignite the spirit of unity without raising the differences of creed and race. He stated that if the country is willing to stay united, Indonesia will no longer be just a name or an image of islands, but instead will become a respected power among nations around the world.

“There are many obstacles and trials that test our unity. However, Indonesia must be grateful because we are reminded by our founding fathers that the rise and fall of a nation depends on the nation itself,” he said.

The promise of Independence

Every year on 17 August, the Indonesian people are constantly reminded to continue to work towards fulfilling ‘the promises of Independence’. While this can be interpreted in many ways, Jokowi made it clear in his speech that he and his government are working towards fulfilling the fifth principle of Pancasila, “Keadilan sosial bagi seluruh rakyat Indonesia” or social justice for all people of Indonesia, and placed particular emphasis on the development of regions outside of Java island.

“In the last four years the government that I have led has worked hard to restore the trust of the people, through real efforts to build the nation from Sabang to Merauke, from Miangas to Rote Island, equally and equitably. We want the people near the borders, in the outer most islands, in underdeveloped regions to feel the presence of the Republic of Indonesia. As a big nation with a vast geographical territory, 260 million people and 714 ethnicities, we must ensure the state continues to take care of and protect all people of the nation,” he said.

The President further elaborated on the work the government has done in speeding up development in infrastructure across the country with the purpose creating new economic centres to support overall national growth. He also stated infrastructure development is also an effort to build civilisation and must be seen as a means to increase cultural connectivity from Aceh to Papua.

Jokowi reinforced the idea that Indonesia must also continue to look to its human resources as the largest capital for development. Investing in education is important to create a skilled labour force that has the ability to adapt and face the challenges of a fourth industrial revolution, which includes bolstering digital literacy to increase the number of creative and innovative businesses. The President also stated that the government would continue its commitment to ensure every child will grow up with sufficient nutrition and free from stunting.