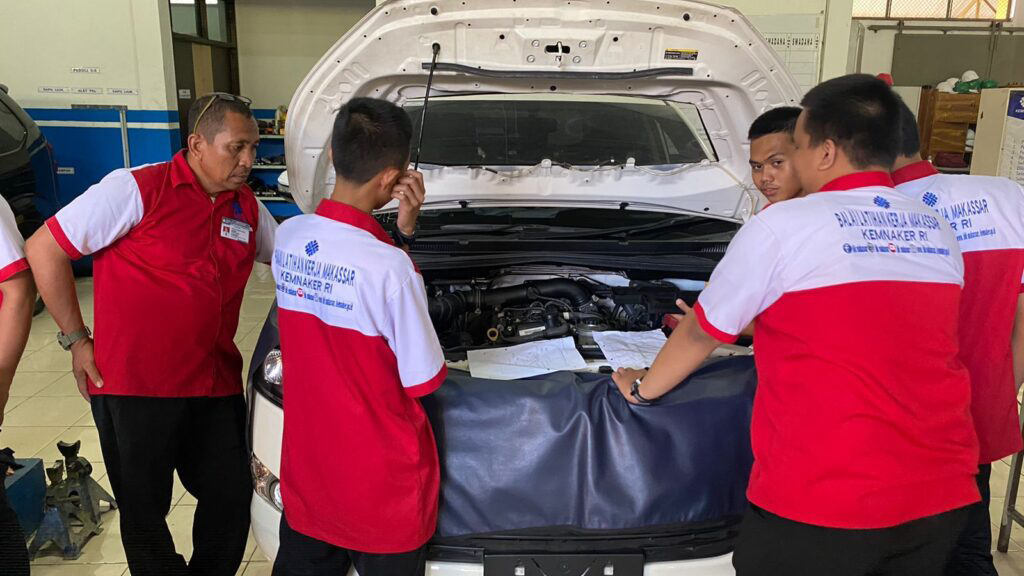 The annual conference of Australia’s and Indonesia’s national business body (AIBC) is covering education and how the countries can work together.

Developing human resources and giving young people the skills required for a better life and career opportunities is a major theme of the work of the Australia-Indonesia Centre.

It has several research projects underway in South Sulawesi to examine how those living in the province can take advantage of opportunities in the seaweed, port and railway industries.

The Australia-Indonesia Centre’s executive director Eugene Sebastian recently met with school operators in South Sulawesi; the privately-owned vocational school SMK Telkom and BBPVP Makassar which is a vocational school that is part of the National Ministry of Manpower.

According to Dr Sebastian there is a need for local education facilities to work even more closely with industry and “create programs aligned to industry needs”.

“Most schools build partnerships with various companies. Yet, many struggle with producing graduates who are work ready.”

Dr Sebastian said while there were skills and training opportunities in Indonesia it was a complex area, with the vocational sector having multiple players from national, sub-national and district levels.

“It is about identifying who owns the problem and has funds to solve it,” he said.

Dr Sebastian said the AIC was examining partnerships between government, industry and education providers, as well as looking at how curricula and competency levels met the needs of industry and the economy.

An agenda for growth

AIBC conference panellist Scott Bowman leads an institution with strong ties to Indonesia, a result he says of proximity as well as cooperation with Indonesian education providers.

The vice chancellor of Charles Darwin University says big projects such as the new capital city in Nusantara will increase the demand for skills.

“Indonesia has got a massive agenda for growth and probably at the top of that growth pyramid you have got the relocation of the capital city,” Professor Bowman said.

“When you are looking at building a major world city, just that alone eats up a lot of skilled people and therefore there is massive demand for those skills.”

The Department of Foreign Affairs and Trade has already noted Indonesia’s relatively youthful population and rapid economic growth as making it “a key partner for Australia’s international education sector”.

The World Bank has also observed that Indonesia needs an education and training system that can help it “achieve its economic and development goals”.

Professor Bowman noted how rising living standards had created a larger middle class with money to invest in education.

“It is a country on a real fast track to development. Indonesia needs skilled people, not just trained people but educated people as well,” Professor Bowman said, noting a “massive need for training and upskilling” post-pandemic.

This demand for training was also identified by McKinsey as necessary for Indonesia to adjust to new innovations in automation.

Professor Bowman said the university was looking at ‘train the trainer’ initiatives and partnering with local organisations rather than setting up in Indonesia directly.

This approach is similar to that of TAFE Queensland that has cooperated with training providers in Jakarta to provide vocational skills.

Image at top by Dilah Trya and Partnership for Australia-Indonesia Research.