Home » AIC » In Conversation Webinars » Watch or listen: Geopolitics in a post-COVID wor…

Watch or listen: Geopolitics in a post-COVID world 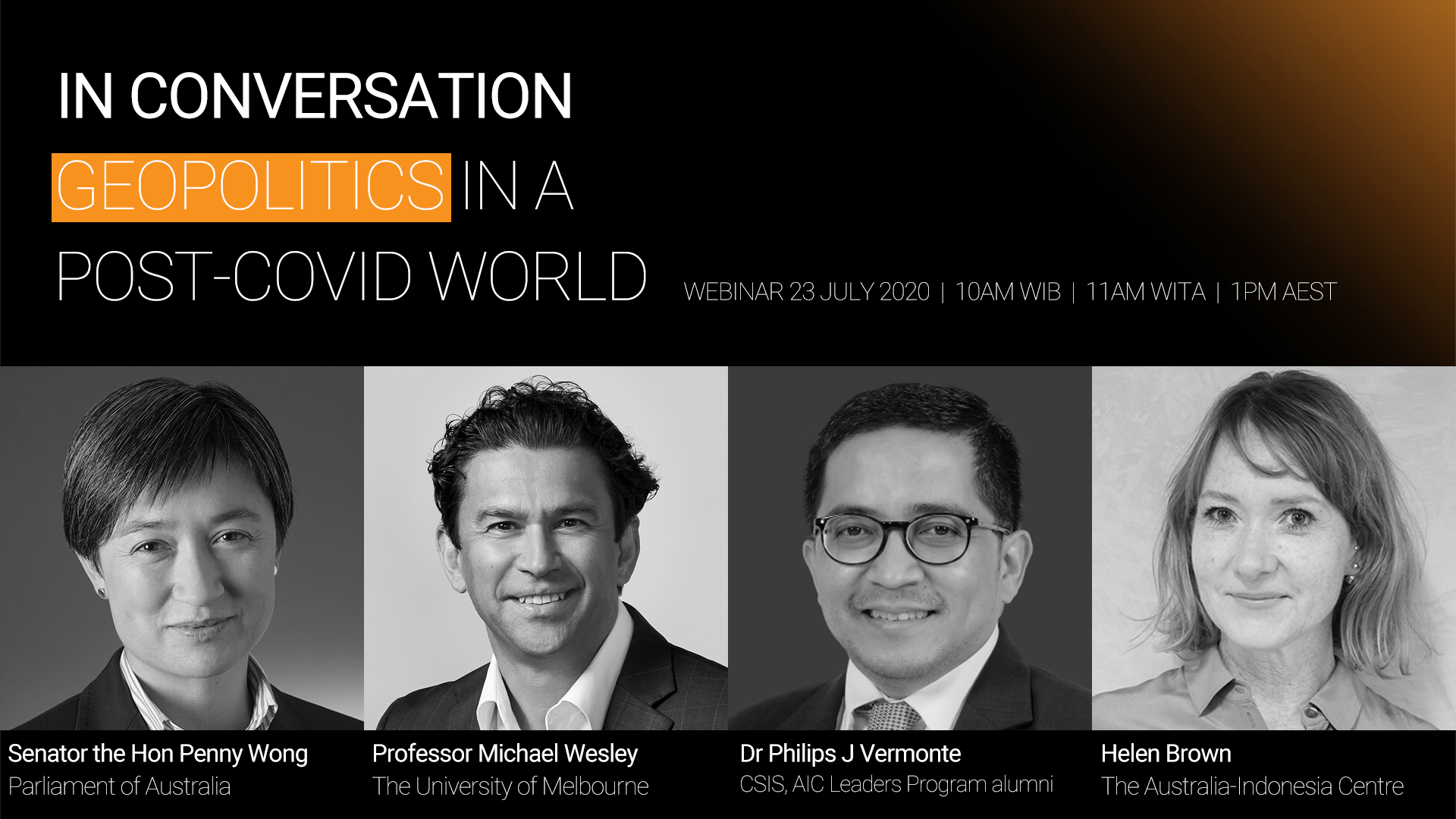 The coronavirus pandemic has created another framework for the battle being fought between the USA and China as they try to assert their authority in the region of South East Asia.

Accusations have flown around transparency and the source of the disease, as part of the broader tussle between the two economic powers over trade and regional security. Competition has emerged over who can provide the most useful assistance to the 10 members of the ASEAN grouping.

In the middle of this are of course the nations in South East Asia, and Australia, which have to find a way to balance the relationship with both powers. What direction will the two nations take that will have to be considered, who is winning the public relations battle and how can Australia and Indonesia work together to encourage stability in the region.

The debut of our second series of In Conversation webinars took place on 23 July.

Our panel of expert guests

Read more: Indonesia’s and Australia’s interests – yours, mine and ours