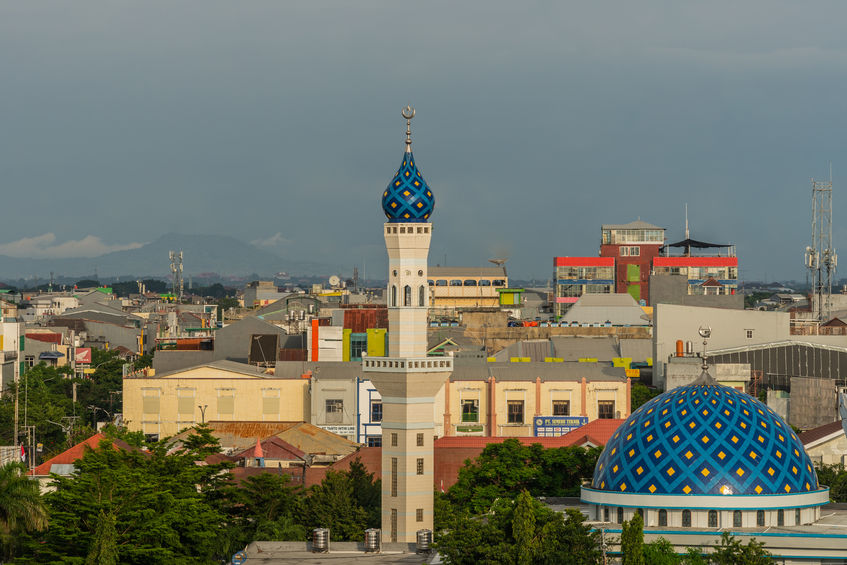 The second wave of the coronavirus pandemic has brought technocrats and governments together to start looking at a very different future for our cities.

As we move forward from initial efforts of managing red-zones, contact tracing and emergency measures to minimise the damage to a city’s fabric, it’s clear that the impact of an event like COVID-19 is the antithesis to the usual urban set-up and thorough and calculated planning is required from now on.

Standards, such density and public spaces, have become an aspect that will need a different approach that, for instance, may potentially increase land required per capita.

The pandemic has also seen the rise of specific and local government responses rather than a national approach.

In the case of West Java for example, Governor Ridwan Kamil manages a province of more than 45 million people, a task that is similar to that of Spain, Korea or Argentina with a much lower budget.

It was quickly evident that the nation’s current infrastructure to deal with the pandemic were not up to the task. For instance the grassroots public health infrastructure, namely Posyandu and Puskesmas (village health centres) were not able to cope with the level of testing required and the massive vaccination program now required. The cities did not have the capability to manage the facilities and the kinds of disruption caused by a pandemic at this scale. Like many countries, leaders are now required to come up with innovative ideas that better serve the people and achieve health targets.

Pandemics are not new, of course, and have affected cities the world over as part of a continuous evolution. Urban dwellings have been erected, diminished, changed and rebuilt throughout history. The Classic Period of Mesoamerican chronology is one important example of how urban areas evolved, declined and collapsed. This period is generally defined as the period from 250 to 900 CE, the last century of which is referred to as the Terminal Classic (Andrews IV, 1973).

The Classic Maya collapse is one of the greatest unsolved mysteries in archaeology about the making of ancient cities. Over 80 different theories or variations of theories attempting to explain the Classic Maya collapse have been identified. From climate change to deforestation to lack of action by Maya kings, there is no universally accepted collapse theory, although drought and pandemic has gained momentum in the first quarter of the 21st century as the leading explanation, as more scientific studies are conducted (Acemoglu et al, 2012)

The spatial patterns of societal collapse are complex however one pattern continues, and that is that population centres evolve and grow, sometimes collapse, and settle into new places creating further spatial heterogeneity.

Against the backdrop of rising concern for the fate of our cities, urbanisation has become one of the most talked about and politicised issues in government cabinets and boardrooms across the world. The future of our planet is debated as if it is centered exclusively on the issue of a rapidly urbanising world, the primacies of great metropolitans and conurbations, and the race to create more livable spaces.

The Indonesian government used to set a utopian target of “100-0-100”, or 100 percent access to sanitation, zero slums and a 100 percent potable water network by 2019! This target was launched at the eleventh hour of the Susilo Bambang Yudhoyono administration and has since been adopted by President Joko “Jokowi” Widodo’s Cabinet in its development plans. Setting such an ambitious target requires suitable policies to address the gaps that exist.

Development is dictated for the most part and indeed, often measured, by the sprawl of cities creating interlocking residential areas which produce a mega-urban system.  Examples include the Greater Jakarta megapolitan with a population of 30 plus million, the Mebidangro system (Medan-Binjai-Deli Serdang) with 5 million in North Sumatera, metropolitan Bandung with 7.7 million, Surabaya Gerbang Kertasusila with almost 10 million, and the Mamminasata area in Makassar of almost 4.5 million.

There is an absence of a strong national system-of-cities plan, leading to lack of coordination and imbalanced growth of metropolitans, big, medium and small cities.  A sharp decline in quality of life in urban areas is partly due to “unproductive” urbanisation, which was recognised and is supposed to be addressed by the New Urban Agenda.

The Indonesian New Urban Agenda is crucial to Indonesia and to President Jokowi if the country is to have strategic direction and be a part of the global agenda. As a former mayor himself, President Jokowi is an asset, with the task of governing a strategic region of 17,000 islands with over 250 million people along the equator, addressing major disparities and creating more livable cities.

The Agenda provides a platform for Indonesia to redefine its political engagement in urban spaces, embracing the voices of the young through applied technologies and connecting rural communities to growth centres.  Urban development needs to be measured against the need to protect and develop borders, infrastructure, productivity, environmental considerations, social inclusion, quality of life and good urban governance.  It is time for Indonesia to promote his vision to develop inclusive, livable and sustainable Indonesian cities — cities for the people.

The programs and policies to achieve Sustainable Development Goals by local governments in Indonesia are varied. Livability is measured differently and understood differently by cities. A failure to actively help control, manage and direct urbanisation will directly affect the livability of Indonesian cities.

The Covid-19 pandemic has impacted the quality of livability of Indonesian cities, which will in turn have a direct consequence to the economy. Livability in urban areas, as manifested in progresses in achieving those SDG targets are somewhat disrupted midway and has affected the orientation towards spatial planning. This means that efforts to improve from this point will require even more focus on improved processes, learning from them, and boosting service levels. Indonesian policies on urban planning need to adopt the SDG local targets, but are faced with complexities in coordination between relevant government agencies and ministries. Indonesia is yet to have a specific regulation on urbanisation of our cities, regulations on spatial planning and development and sectoral plans such as forestry, coastal and underground still reside in various ministries and agencies which don’t collaborate on these important policies.

Early hypotheses show that a livability index is yet to be adopted and integrated into standards, norms and procedures in planning processes in Indonesia. Embedding livability as a measure in standards, norms and procedures  should work over time to systematically eliminate vested interests, political clout and the subjectivity that comes with it, which in turn will make livability a tool to measure the well-being of a city.

Hence, livability is an elaboration of the quality of life and creates the reality of urbanity. Livability in time will contribute to economic development, a better environment, healthier society, eradication of poverty, as well as preparedness for disaster. The ideal of urbanity is the reason people move and transfer from rural to urban, in search of new social status and better recognition of rights and welfare.

Post  covid-19 strong and sound policies are needed to ensure urban development is focused toward achieving a community vision that integrates the functions of planning and zoning, and ensures substantive urban planning principles.  This can be achieved by way of improving the standards, norms and procedure in the process.

Even these steps will make a big difference in helping to create an urban space that can function better and provide confidence about public infrastructure.

Bernardus Djonoputro “Bernie”  has built a career in the private sector working with major international firms and Indonesian firms on infrastructure and planning projects. He is active in civil society and professional associations and is currently the national Chair of the Planning Ethics Board of the Indonesian Association of Urban and Regional Planners (IAP).

The development of Maya civilization after the abandonment of the southern cities. In Culbert, T. P. (ed.), The Classic Maya Collapse, University of New Mexico Press, Albuquerque, pp. 243–265 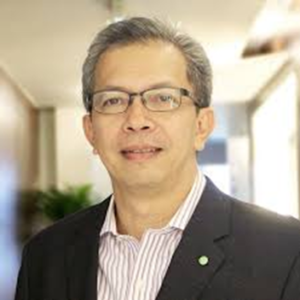 Bernardus Djonoputro “Bernie”  is an AIC Industry Fellow with expertise in infrastructure and planning.